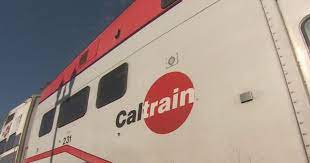 An individual was killed after getting hit by a Caltrain in San Francisco on Wednesday afternoon, January 18, 2023.

According to Caltrain, the fatal crash occurred around 1:24 p.m. between Tunnels 2 and 3 in San Francisco.

Caltrain #512 was reportedly traveling southbound when it struck the person whose identity had not been released yet.

There were about 37 people aboard the train involved in the crash, and fortunately, no injuries were recorded.

Both tracks were closed due to the collision until 2:49 p.m. when trains were permitted to travel at their top authorized speed.

Riders were able to bypass the affected area through a bus bridge set up between the San Francisco and Bayshore stations.

The number of fatalities that occurred at highway-rail grade crossings in 2021 increased by 21% compared to the previous year. In contrast, there were 617 trespasser deaths in the preceding year.

Less than a third of the injured passengers on the train made a complete recovery from their injuries. As many as 893 pedestrians lost their lives in 2021, according to estimates, with 266 of those deaths occurring in train-pedestrian incidents.

A total of 3,216 wounded commuters is projected. These wounds could prove lethal if they are severe enough. Sixty-six people lost their lives in the United States in 2015 as a result of incidents at railroad and highway grade crossings.

You should get in touch with a lawyer right away if you or a loved one has been hurt in a rail accident in California. Our reputable law firm will serve as an impartial third party to ensure that you receive full compensation from the insurance provider following the filing of a claim for damages resulting from an accident or wrongful death.

Those who have been wronged ought to be compensated monetarily for their troubles. Anyone hurt in a train accident, regardless of who was to blame, can sue for financial compensation.

Our trusted and award-winning train accident lawyers in San Francisco have the extensive experience and expertise to advocate for accident victims. Our clients have been awarded compensation totaling $400 million so far.