Accident happened at about 4:30 p.m. on SR-371 just east of Lake Riverside Drive 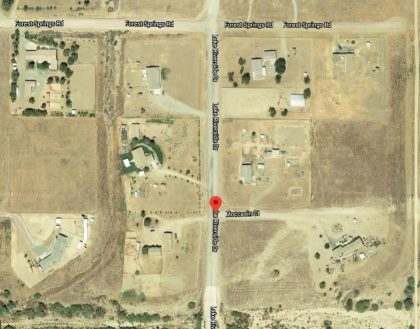 A 25-year-old man from Utah was seriously injured after a head-on collision with a Ford Explorer last February 17, on SR-371 in Anza. According to the authorities, the incident happened at around 4:30 p.m. when the driver of the Ford Explorer lost control of his vehicle while he was heading eastbound on SR-371, just east of Lake Riverside Drive.

The Ford driver drove across the roadway into the opposite side, towards the westbound traffic lane which led to him inevitably hitting the victim’s Honda head-on. Both drivers needed to be airlifted by Mercy and REACH helicopters as they sustained serious injuries due to the collision. They needed to be extricated from their cars first. Both drivers were brought to the Inland Valley Medical Center and Desert Regional Medical Center in order for their injuries to be properly treated.

Although head-on collisions only represent around 2% of accidents, it can still be quite devastating as they are responsible for roughly 10% of fatalities in U.S. roadways. These head-on collisions usually occur when a vehicle goes beyond the centerline or median. In this case, it is apparent that the liability goes to the Ford driver. Authorities are now currently investigating what caused the Ford driver to cross the double line and hit the victim’s Honda on the opposite lane.

Most of the time, head-on collisions are caused by distracted drivers or drivers who suffer from over-fatigue. When facing a head-on collision case, it is vital to have a professional lawyer by your side to help in starting the investigation process.

Seasoned attorneys have the resources that can help them gather all the evidence they need to prove the negligence of the driver. Lawyers can also re-interview important witnesses, analyze any surveillance video from the scene of the crash and obtain phone and texting records of the liable party. Lawyers can also serve a helpful legal guide and protector of their rights for the victim and his family during this vulnerable time.

The victim may feel overwhelming stress and emotional trauma while recovering from the crash, after all, the crash may potentially affect all aspects of his life such as family, work, and finances. While waiting for the results of the investigation, the victim of the head-on collision has the right to pursue a personal injury lawsuit.

The incident could possibly leave the victim vulnerable to insurance companies which may try to pressure them into settling for a quick payout with less worth. It is important to have an experienced attorney by your side to avoid being taken advantage of by these insurance companies, as they are capable of negotiating with them on your behalf. Your lawyer will also make sure that you get the justice that you deserve and that you’re able to receive proper monetary compensation.