You are here: Home / California / [02-20-2020] Man dead Plus two others were critically injured after car slams into a tree in Pomona

High-speed crash occurred in the 2000 block of North Garey Avenue; Tucker’s vehicle sadly struck concrete divider and rolled over into a tree. 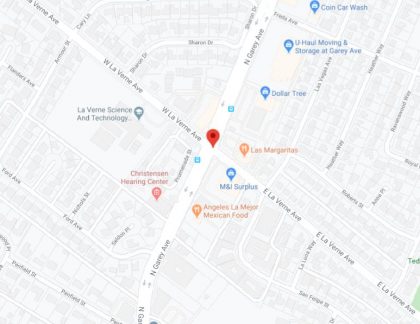 A 23-year-old man died while two other people were critically injured after the vehicle that they were riding struck a tree in Pomona last February 18.  According to the authorities, the car slammed into a concrete divider, overturned then crashed into a tree. The incident happened at 2:00 a.m. in the 2000 block of North Garey Avenue. The driver of the car was suspected to be speeding.  A passenger was reportedly ejected during the crash while the driver and another passenger remained trapped inside the wrecked vehicle. The people trapped inside the vehicle were later rescued and transported to a hospital.

Unfortunately, the driver died in the accident while his two other passengers are currently being treated in the hospital for their injuries.

The Pomona Police Department is still investigating the case, it is still unclear whether drugs or alcohol were involved.  Excessive speeding can lead to a lot of fatal consequences such as vehicle accidents, serious injuries and the death of innocent passengers and drivers because of the wreck.

In this case, it is apparent that the driver is liable for the crash and should be held accountable for his recklessness. Accidents like this are mainly caused by a careless driver, reckless or driving techniques, and drivers who are distracted or fail to follow the laws of the road.

A POMONA PERSONAL INJURY ATTORNEY CAN HELP YOU

When encountering a case like this, it’s important for the victim and the victim’s family to hire an experienced lawyer to conduct an independent investigation for them.

Time is crucial when reviewing the evidence during cases like this, the victim must ensure that they are able to do it efficiently. Having an attorney by their side can help them interview expert witnesses, conduct defendant background checks and review applicable insurance coverage as they have the resources to do so. Going through these procedures is vital in order for the victims to receive the justice that they deserve and to also be properly compensated financially.

Injured victims from the crash may feel overwhelmed, as serious injuries have the potential to disrupt all aspects of life (such as family, work, finances and overall quality of life).  With the investigation still on-going, the victims that were injured from the crash are entitled to pursue a personal injury lawsuit. It is vital to seek the help of an attorney when filing for a personal injury claim. Lawyers can negotiate with insurance companies on behalf of the victims. The incident may cause them to be vulnerable to manipulation, especially with insurance companies having the tendency to pressure the victims into settling for a quick payout that may cost less than what the case is actually worth.

To avoid this, having a seasoned lawyer by your side is vital as they can vigorously fight for their client’s rights while ensuring that they will be treated with respect and compensated fairly.