Middle-school-aged boy was riding a bike on California Avenue near El Camino Real at the time of the crash. 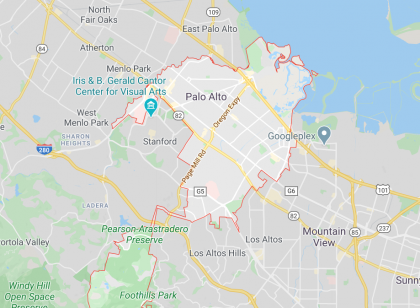 An unidentified young boy riding a bicycle was killed after being hit by a flatbed truck last March 6 in Palo Alto.

The unidentified boy was suspected to be a middle-schooler. According to the initial reports, the young boy was struck by a white 2008 International flatbed truck at around 7:40 p.m. while he was cycling along the sidewalk on California Avenue.

According to the initial reports, both the boy and the truck were traveling eastbound on California Avenue approaching El Camino. When the flatbed truck attempted to turn right to head southbound on El Camino, he sadly struck the boy.

The boy died at the scene. The driver remained at the scene and cooperated with the police. The local authorities are currently investigating the case. Authorities believe that drugs or alcohol weren’t involved.

During the investigation, authorities will attempt to figure out what factors caused the flatbed truck to hit the boy.

Although a variety of laws now protects bicyclists, accidents like this are still inevitable. In 2018, around 800 bicyclists were killed in the U.S. because of collisions with motor vehicles.

When facing cases like this, it’s vital to have an experienced California wrongful death attorney to conduct a private probe for the victim’s family.

When investigating a bicycle accident case like this, it’s essential to have the proper resources to prove the negligence of the guilty party. All possible factors, such as road conditions, signage visibility, and road lightings, must be considered and thoroughly examined as well. Frequently, accident reconstruction teams and bicycle manufacturing experts will be utilized in an attempt to put together what occurred accurately. Using these resources is vital in order to protect better the legal rights and best interests of the victim’s family.

While the investigation is on-going, the victim’s family is entitled to pursue a wrongful death claim. Through the wrongful death claim, the client can seek compensation for the damages (such as loss of companionship, pain, and suffering, and emotional distress) that the incident has caused them.

In the event of any bicycle accident in Palo Alto, speak to Arash Law about your possible options. Call (888) 488-1391 or contact us online.