The woman was struck on Broadway Street while pushing baby carriage; the infant was unharmed. 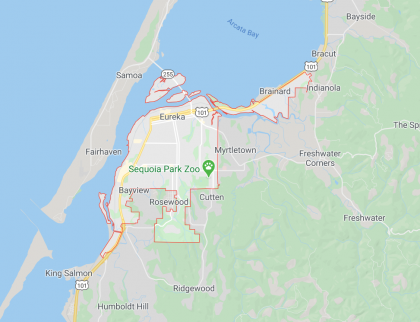 A 25-year-old woman identified as Kelsey Diffin was killed after being hit by a vehicle in Eureka on March 7.

According to the initial reports, the police were contacted by a concerned citizen about an accident involving a vehicle and two pedestrians at around 11:45 p.m. The incident occurred in the 2100 block of Broadway Street. When the police arrived there, they found the woman in the roadway with an unharmed infant strapped in a stroller.

The woman was reportedly crossing the road mid-block when a red SUV suddenly struck them both. The driver of the SUV claimed that they didn’t see both the woman and the stroller.

The victim was immediately transported to a nearby hospital but sadly died shortly after arriving.

The driver of the red SUV remained at the scene and willingly cooperated with the authorities. So far, no arrests have been made.

According to the Statistics from the Governors Highway Safety Association, around 6,227 pedestrians in the U.S. were killed in 2018, which was a 250 increase from the previous year.

When investigating a fatal pedestrian accident like this, it’s essential to have the proper resources in order to prove the negligence of the guilty party. All contributing factors, such as road conditions, signage visibility, and road lighting, must be considered and thoroughly examined. It’s necessary to go through these procedures for the victim’s family to receive the justice that they deserve.

Regardless of whether a pedestrian is walking on a marked crosswalk or not, it is always the driver’s responsibility to avoid any incoming pedestrians in his way.

While the investigation is on-going, the victim’s family is entitled to pursue a wrongful death claim. Through the wrongful death claim, the family may seek compensation for the damages (such as loss of income and companionship, pain and suffering, funeral expenses, and emotional distress) that the incident has caused them.

They can also help clients avoid being manipulated by insurance companies by coordinating with them on their behalf.