A 32-year-old female pedestrian identified as Manila Thavixay was killed after a vehicle-pedestrian accident on March 10 in Riverside. 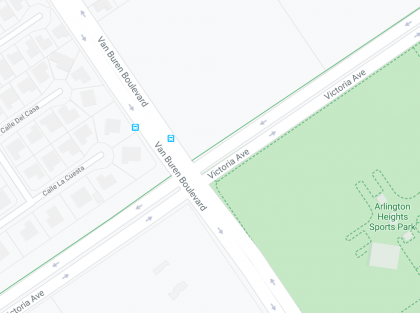 According to the initial reports from the California Highway Patrol, the incident occurred at around 10:15 p.m. on Van Buren Boulevard near Victoria Avenue. The 32-year-old woman was walking around the area when a 2018 Kia Forte suddenly struck her.

The woman was immediately taken to the Riverside Community Hospital. She sadly died while getting treated.

The woman was said to be walking on an unmarked crosswalk.

The Riverside police are currently investigating the case.

According to the Governors Highway Safety Association, in 2018, around 6,227 pedestrians were killed in the U.S., which was 250 increase from the previous year.

The dangers that pedestrians face on the streets every day should not be underscored. Fatal pedestrian accidents like this case are mainly caused by negligent driving, distracted driving, or drivers failing to avoid incoming pedestrians.

According to statistics from the National Highway Traffic Safety Administration (NHTSA), more than 5900 pedestrians were killed in 2016 across the entire United States. Pedestrian accidents are more likely to occur than other types of accidents to involve death. Given how unprotected pedestrians are when compared to an accident involving two motor vehicles where both sides to the crash have not only seatbelts and airbags to protect them, but a multi-ton car as well.

When investigating fatal pedestrian accident cases like this, it’s vital to have an experienced California wrongful death attorney to conduct an independent investigation to prove the negligence of the guilty party.

All possible contributing factors, such as road conditions, signage visibility, and road lighting, must be considered and thoroughly examined.

It’s necessary to go through these procedures for the victim’s family to receive the justice that they deserve.

Regardless of whether the victim crossed on a marked crosswalk or not, it is always the driver’s responsibility to yield any incoming pedestrians in his way.

Losing a loved one after a fatal pedestrian accident can be overwhelming. While the investigation is on-going, the victim’s family is entitled to pursue a wrongful death claim. Through the wrongful death claim, the victim’s family can seek compensation for the damages (such as loss of income and companionship, pain and suffering, funeral expenses, and emotional distress) after a tragic incident.

California’s wrongful death attorneys can serve as a helpful legal guide for the grieving family while ensuring that the family is compensated fairly, and the guilty party will be held accountable for their rights.

If you have a nagging suspicion that someone is to blame for the death of your spouse or family member, contact Arash Law. We have the resources you need to pursue justice for wrongful death, as well as the experience to ensure that you get fair compensation. We’re conveniently located throughout the state of California with offices in Los Angeles,

Sacramento, San Francisco, Riverside, Orange County, San Diego, and are more than happy to visit you at your home or office.