According to the initial reports from the California Highway Patrol, they received a call about a car driving on the wrong lane. The caller reported an SUV heading westbound on the eastbound lanes of 8 Freeway near El Cajon.

Authorities then later received more calls about a two-car collision on Freeway 8 east of the 70th Street exit. It was between a Ford Expedition SUV driven by a 28-year-old man and a red BMW driven by a 45-year-old man. The Ford SUV was driving the wrong way, which inevitably led him to crash head-on into the BMW 650i sedan.

Both of the drivers were pulled out from the wreckage by the rescue team. They were immediately taken to the Sharp Memorial Hospital for their injuries to be treated.

Authorities suspect that the driver of the SUV may have been driving under the influence during the time of the accident.

Local authorities are now trying to determine the cause of the crash through the official investigation.

Although head-on collisions only represent 2 percent of accidents, they account for 10 percent of fatalities on U.S. roadways.

These head-on collisions mainly occur a traffic light, stop sign, or blind intersections and on freeways. These types of accidents happen when drivers disregard traffic laws and signals (such as red lights, stop signs, or yield signs). Freeway head-on collisions usually occur when drivers enter the wrong way on on-ramps or off-ramps, sometimes due to intoxication or drug use.

Common factors of head-on collisions are distracted driving, drunk driving, and driver over-fatigue. When facing cases like this, it’s vital to have an experienced La Mesa wrongful death attorney specializing in fatal head-on collisions to conduct an independent investigation.

Attorneys can help the victims receive the justice that they deserve as they have the resources to help prove the negligence of the guilty driver. They can re-interview important witnesses, review any related surveillance footage from the scene of the crash, and obtain phone and texting records of the liable party. 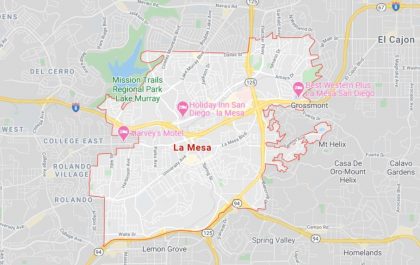 It can be devastating to unexpectedly lose a loved one due to a fatal head-on collision. While waiting for the results of the official investigation, the victim’s family is entitled to pursue a wrongful death claim with the help of their attorney.