A 64-year-old man identified as Kenneth B. Allen was killed after being struck by a hit-and-run driver on Interstate Highway 580 in Oakland on March 31.

According to the initial reports, the older man was initially involved in a minor collision with another car on westbound Highway 580. The accident occurred at around 9:30 p.m. As the man left his car, he was suddenly hit by a vehicle that was suspected to be either a dark green van or a dark green Ford-150.

The driver that struck the man fled after the accident. The older man sadly died at the scene.

The California Highway Patrol is currently investigating the case.

Witnesses of the accident are urged to contact the CHP Oakland office at 510-457-2875 for any additional helpful information they can share related to the accident.

Leaving the scene after an accident is a crime in itself. Unfortunately, around 11 percent of all crashes involve a hit-and-run driver. The driver that fled after hitting the older man will most likely face criminal charges once caught.

There are several reasons why hit-and-run drivers flee the scene, some of the common causes are intoxication, driving without a license, and fear of getting arrested if they remained at the scene.

When facing cases like this, it’s essential to have an experienced Oakland wrongful death attorney specializing in hit-and-run accidents to conduct an independent investigation.

Attorneys have the resources to prove the negligence of the suspect. During the independent investigation, all contributing factors, such as road conditions, signage visibility, and road lighting, must be considered and thoroughly examined.

Going through these procedures is necessary as it can help the victim receive the justice and monetary compensation that they rightfully deserve. 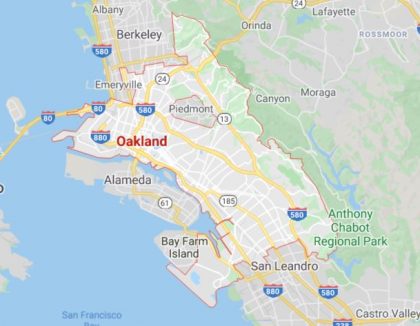 It can be devastating to lose a loved one due to a fatal accident suddenly. While waiting for the results of the official investigation, the victim’s family is encouraged to pursue a wrongful death claim with the help of their lawyer. The wrongful death claim will enable the victim’s family to seek compensation for the damages (such as loss of companionship and income, pain and suffering, and emotional distress) that the accident has caused them.

Attorneys can serve as a helpful legal guide for the grieving family during this difficult time. They will vigorously fight for their client’s rights and best interests while ensuring that the suspect will be held liable for their negligence.

Every car accident is complicated, but when you add the additional layer of being abandoned at the scene of the accident by a hit and run driver, it makes things that much more difficult. While it’s natural to feel overwhelmed in the aftermath of such a disaster, obtaining experienced legal counsel is likely critical to the positive outcome of your claim.