You are here: Home / California / Los Angeles County / Compton / [2-4-2020] Male Pedestrian is Struck and Killed by Car in Compton 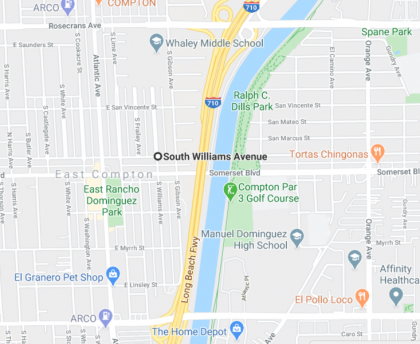 A senior identified to be Arnulfo Reyes Obeso was tragically killed after an unidentified motorist crashed against him last February 4 in Compton. Obeso was reportedly just walking by Compton Boulevard west of Williams Avenue when he was suddenly hit by a random motorist.

Obeso was immediately brought to the hospital right after the emergency responders arrived at the scene. Unfortunately, Obeso passed away due to the severity of his injuries. He was 65-years-old.

The investigation for this fatal case is still currently on-going and is conducted by the Los Angeles Police Department. Whether the driver that killed Obeso fled the scene or stayed is unknown.

There has been an alarming increase in pedestrian-related deaths in the U.S., at a whopping 41 percent increase since 2008 and now account for the 16 percent of all traffic fatalities. Pedestrian accidents are definitely on the rise as the number of pedestrian fatalities reached an all-time high just last year, which was the highest it’s ever been since 1990.  We can attribute the rise of pedestrian accidents with technology, as more drivers get distracted by their smartphones which ultimately leads them away from focusing on the road. If you experience a pedestrian accident, your best bet would be to get an independent probe conducted by a seasoned attorney.

It is imperative to have the proper resources when investigating a pedestrian accident case in order to easily prove negligence. Contributing factors such as road conditions, signage visibility, and road lighting should all be considered and thoroughly examined. Going through these procedures is vital in order to help those who lost their loved ones get the justice that they rightfully deserve.

The family that Obeso left behind has the right to ask for compensation for the damages the accident has caused them, such as funeral costs, loss of income, loss of companionship, and other hardships that they have faced. Regardless of the circumstances surrounding a wrongful death incident, if the accident that leads to a victim’s death is a result of the person’s negligent behavior, the negligent person will be held accountable through a wrongful death case.  It’s true that no amount of money could possibly replace the life of a loved one, but it’s also important to give the families the opportunity to fight for their rights and exercise their privileges accordingly.