A 62-year-old woman and an 87-year-old woman sustained major injuries after their vehicle was struck by a motorist in Oakland on September 30, Wednesday. 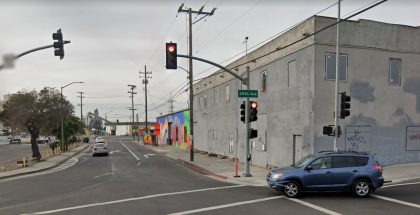 According to the local authorities’ initial reports, the two victims were traveling in an Acura MDX heading northbound on 29th Street when a southbound Hyundai Accent crossed the double-yellow line then struck them. The Hyundai driver was later identified as 41-year-old Malcolm Darensburg.

He was taken to an area hospital where he was later pronounced dead. The two occupants of the Acura were also rushed to a nearby hospital. They are currently in a stable condition.

The reason why the collision occurred has not been established at the moment.

Local authorities are investigating the possible factors that may have caused the collision to happen. Witnesses that can provide additional information about the crash are urged to call Oakland police’s traffic division at 510-777-8570.

Head-on collisions commonly occur in a traffic light, stop sign, or blind intersections and on freeways. Head-on crashes at intersections happen when drivers disregard traffic laws and signals, such as red lights, stop signs, or yield signs. Freeway head-on collisions usually occur when drivers enter the wrong way on on-ramps or off-ramps, sometimes due to intoxication or drug use.

Head-on collisions mainly occur when drivers are distracted or are experiencing over-fatigue. When facing a case like this, it’s essential to have an Alameda County personal injury attorney specializing in head-on collision crash cases to conduct an independent investigation. Attorneys have the resources to help the victim’s family to receive the justice that they deserve. They can re-interview important witnesses, review any related surveillance footage from the crash scene, and obtain phone and texting records of the liable party.

While waiting for the official investigation results, the victim is encouraged to pursue a personal injury claim with his attorney’s help. The victims are entitled to seek financial compensation for the medical expenses, lost earnings, emotional trauma, and pain and suffering that the car accident has caused them through the personal injury claim.

If you have a nagging suspicion that someone is to blame for the death or injury of your spouse or family member, contact Arash Law. We have the resources you need to pursue justice and the experience to ensure that you get fair compensation. We’re conveniently located throughout California, with offices in Los Angeles, Sacramento, San Francisco, Riverside, Orange County, and San Diego, and are happy to visit you at your home or office. Call (888) 488-1391 for a FREE Consultation with a California injury attorney.