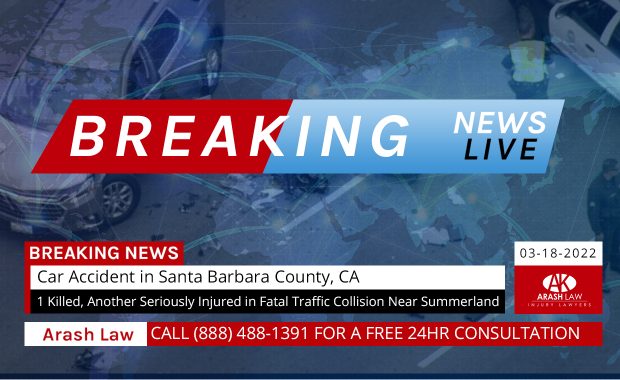 After a crash on southbound Highway 101 near Summerland that killed his passenger, a 21-year-old Oxnard driver was arrested early Friday, March 18. According to the California Highway Patrol, the crash occurred around 2:15 a.m. south of North Padaro Lane. According to officials with the CHP's