A 48-year-old pick-up truck driver identified as Guy Shearer was killed after a Ford Mustang struck his pick-up truck in Fresno on Thursday, April 23rd.

According to the initial reports from the local authorities, the Ford Mustang was initially pulled over by the Fresno Police for running a stop sign. The Mustang sped off as police looked inside his vehicle and saw a gun. The police pursued the suspect and followed him eastbound on Olive.

The driver of the Ford Mustang was identified as a 33-year-old man named Roger Harris. He was a gang member with 26 prior arrests.
The suspect swerved into a pick-up truck that was occupied by the victim. The suspect fled from the scene and ran on foot into a nearby neighborhood where he was later arrested.

The suspect is now facing several charges, including murder, resisting arrest, and felony DUI. Police suspect that the illegal weapon that they found in the suspect’s car was used in two prior shootings in Fresno.

The suspect was allegedly driving while he was impaired as he tried to get away from the police. The liability falls on Harris as he tried to resist arrest and flee, which led to the fatal accident that killed the innocent pick-up truck driver.

When facing cases like this, it’s vital to have an experienced Fresno accident attorney specializing in fatal accidents to immediately conduct an independent investigation to preserve the evidence better.

Attorneys have the resources that can help them prove the negligence of the liable party. They can re-interview important witnesses, review related surveillance footage from the scene of the crash, and obtain phone and texting records of the responsible party. 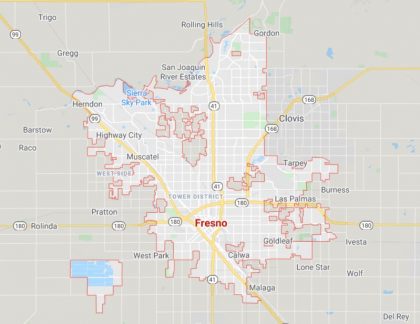 It can be quite devastating to suddenly lose a loved one due to a fatal roadway accident. While waiting for the results of the official investigation, the victim’s family is entitled to pursue a wrongful death claim with the help of their attorney.

Through the wrongful death claim, the victim’s family can seek compensation for the loss of income and companionship, funeral expenses, emotional trauma, and pain and suffering that the accident has caused them.

Attorneys can serve as a compassionate legal guide for the grieving family during this difficult time. They will vigorously fight for their rights and best interest while ensuring that the liable party will be held accountable for their negligence.