One unidentified person was hospitalized after a DUI car collision at an intersection in Fresno on Monday night, October 20. 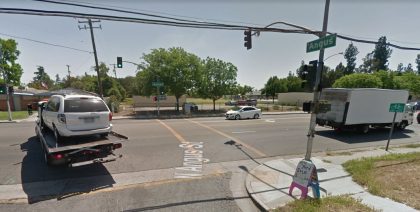 According to the initial reports from local authorities, the crash happened in the area of Ashlan and Angus avenues at approximately 10:30 p.m.

An unspecified vehicle was driving recklessly near the intersection when it slammed into a parked car. The parked vehicle reportedly overturned due to the severity of the impact.

One person was pinned inside his vehicle as a result of the crash. Firefighters extricated the victim from the wreckage. He was rushed to an area hospital with moderate injuries.

Authorities arrested the driver that crashed into the parked car. He was booked on charges of felony DUI.

The fatal accident is now under investigation by the local authorities.

When facing cases like this, it’s vital to have an experienced Fresno County personal injury attorney specializing in DUI accidents to conduct an independent investigation. They can re-interview important witnesses, review relevant surveillance footage from the scene, and obtain the responsible party’s phone and texting records.

While waiting for the official investigation results, the victims are encouraged to pursue a personal injury claim with their attorney’s help. The suspect will be required by law to provide financial compensation for the medical and rehabilitation costs, lost wages, pain and suffering, and emotional trauma they caused the victim.