An unidentified 23-year-old man was killed after a drunk driver struck his vehicle in Riverdale on Tuesday night, November 10. 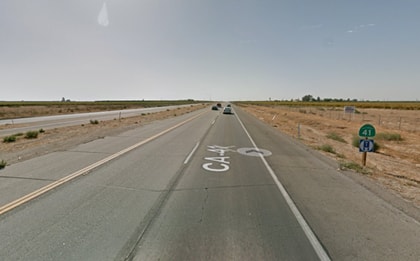 A 33-year-old woman identified as Amber Sexton was driving a U-Haul truck southbound on Highway 41 near Riverdale when she suddenly crossed over into the northbound lane.

One vehicle was able to swerve out of the way but later crashed into a metal fence. However, a Honda Civic driven by the 23-year-old man was unable to avoid the U-Haul truck.

The Honda driver sustained life-threatening injuries from the collision. He was airlifted to Fresno hospital, where he was later pronounced dead.

Sexton sustained moderate injuries and was treated at a nearby hospital. Local authorities later arrested her on DUI related charges.

The California Highway Patrol is currently investigating the case further. It is apparent in this case that the liability falls on Sexton as she was proven to be driving while under the influence resulting in the death of the 23-year-old man.

When facing cases like this, it’s vital to have an experienced Fresno County wrongful death attorney specializing in fatal DUI pedestrian accidents to conduct an independent investigation. They can re-interview important witnesses, review relevant surveillance footage from the scene, and obtain the responsible party’s phone and texting records.