A 56-year-old man identified as Rick Luis Bermudez was killed after getting hit by a car in Bakersfield on Wednesday night, May 20th. 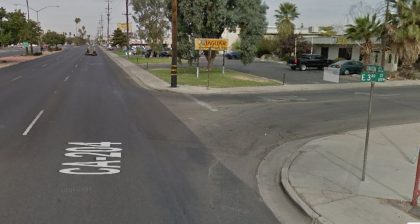 According to the initial reports from the Kern County Coroner’s office, the fatal accident occurred at around 11:50 p.m. in the 300 block of Union Avenue.

The driver that hit the victim reportedly drove through a green light at the intersection of Union and 4th Street, the victim was crossing the road at the time and was hit by the driver.

The victim suffered from fatal injuries and was later pronounced dead at the scene. The driver was identified as a 24-year-old man named William Chavez-Castro. Local authorities found out that he was driving without a license and was also driving while under the influence of alcohol.

Bakersfield Police officers arrested the driver and took him to the Kern County Jail.

Based on the preliminary reports, it’s apparent that the liability falls on the driver as he was proven to be driving under the influence at the time of the accident. Driving while under the influence of alcohol or drugs is one of the most dangerous and reckless things a driver can do. It won’t only endanger the driver’s life, but it will also endanger the lives of other people on the road.

Pedestrians are more vulnerable to the dangers on the road in comparison to passengers in a private vehicle. Passengers of private cars are protected by seatbelts and airbags, which can decrease the fatality rate of an accident while pedestrians are not as protected from the dangers on the road. Pedestrians currently make up a large percentage of traffic fatalities in the past 33 years. According to the Governors Highway Safety Association, pedestrian fatalities in the U.S. have increased by 27 percent from 2007-2016 while other traffic-related deaths decreased by 14 percent.

When facing cases like this, it’s vital to have an experienced Bakersfield accident attorney specializing in fatal pedestrian accidents to conduct a private investigation. Attorneys have the resources that can help them prove the negligence of the liable party. They can re-interview important witnesses, review relevant surveillance footage from the scene, and obtain the responsible party’s phone and texting records. 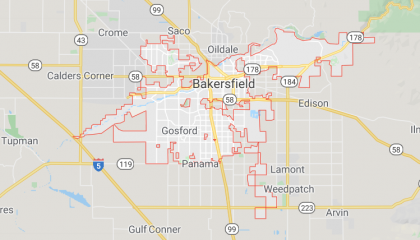 It can be quite devastating and overwhelming to suddenly lose a loved one due to a fatal pedestrian accident. While waiting for the results of the official investigation, the victim’s family is entitled to pursue a wrongful death claim with their attorney’s help.

Through the wrongful death claim, the victim’s family can seek compensation for the damages (such as loss of companionship and income, funeral expenses, pain and suffering, and emotional distress) caused by the fatal accident.