An unidentified 71-year-old man drove the driver of the Sentra that the suspect collided with. Unfortunately, the older man was pronounced dead at the scene due to the severity of his injuries. The suspect was arrested and is now facing charges of gross vehicular manslaughter while intoxicated and felony DUI. The fatal crash happened at around 5:15 a.m. at Tehachapi Willow Spring Road and Highline Road.

According to the CHP report, a Nissan Sentra, driven by Diana Cruz-Perez, 30, was heading southbound on Tehachapi Willow Springs Road. For undetermined reasons, it collided with another Sentra, driven by a 71-year-old man. The 71-year-old man was pronounced dead at the scene. His name was withheld pending notification of the family. Cruz-Perez was arrested and is now facing charges of gross vehicular manslaughter while intoxicated and felony DUI.

Based on the preliminary reports, it’s apparent that the suspect must be held liable for the incident as he was driving while he was under the influence, which is one of the most dangerous and reckless things that a driver can do. Local authorities are currently investigating the fatal accident. Witnesses of the crash are urged to contact the California Highway Patrol Mojave area office at 661-823-5500.

Every day, around 30 people in the U.S. die due to drunk driving accidents, according to the statistics from the National Highway Traffic Safety Administration (NHTSA). Drunk driving incidents account for around 29 percent of all motor vehicle accident fatalities in the U.S. Sixty-one percent of the drivers are confirmed to have a Blood Alcohol Content of 0.8 percent or higher.

When facing drunk driving cases like this, it’s vital to have an independent investigation conducted by an experienced Kern County wrongful death attorney specializing in DUI accidents to examine all the potential factors such as the test results of blood-alcohol content of the suspect. Attorneys can also re-interview important witnesses, analyze related surveillance video footage from the crash scene, and collect relative phone and texting records of the guilty party. 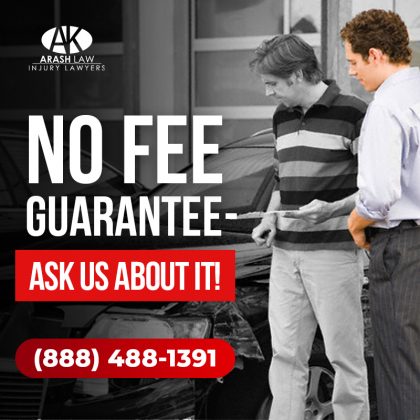 It can be quite devastating the suddenly lose a loved one due to a fatal head-on collision.

Serving as a helpful legal guide, the wrongful death attorney will ensure that the victim’s family’s legal rights and best interests are protected while making sure that the guilty party will be held accountable for his crime.

If you have a nagging suspicion that someone is to blame for your spouse or family member’s death, contact Arash Law. We have the resources you need to pursue justice for wrongful death and the experience to ensure that you get fair compensation. We’re conveniently located throughout California with offices in Los Angeles, Sacramento, San Francisco, Riverside, Orange County, San Diego, and are more than happy to visit you at your home or office.