A major two-vehicle traffic collision in Shafter resulted in three people’s death while injuring two others on Monday afternoon, October 5. 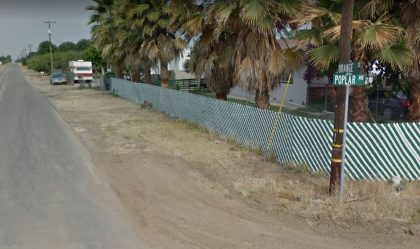 The Chevy driver then ran a red light at an intersection and broadsided an Infiniti sedan that was heading southbound on Poplar Avenue. Two occupants of the Infiniti sedan were killed in the crash while another passenger was taken to Kern Medical with major injuries.

The driver of the Impala was identified as a 19-year-old Shafter resident. She sustained life-threatening injuries from the accident. She was rushed to an area hospital where she was later pronounced dead.

Neither drugs nor alcohol was considered a factor in the fatal crash.

The California Highway Patrol is currently investigating the cause of the collision.

Motor vehicle accidents are one of the leading factors in unintentional injury deaths in California. According to the National Highway Traffic Safety Administration, there were 3,304 fatal car accidents in California in 2017. In 2018, 48 over 100,000 people died from their injuries on average in California. These accidents are caused by various reasons, such as distracted driving, drunk driving, and driver over-fatigue.

Facing cases like this alone can be quite challenging. With the help of an experienced Kern County wrongful death attorney, the victims won’t need to deal with the stressful paperwork that comes with filing a claim. Attorneys have the resources that can help them prove the negligence of the liable party. They can utilize their resources to re-interview important witnesses, review relevant surveillance footage from the scene, and obtain phone and texting records of the responsible party. Attorneys can also conduct an independent investigation to help the victims receive the justice they deserve.

It can be quite devastating to lose a loved one due to a fatal car accident suddenly. While waiting for the official investigation results, the victim’s family is encouraged to pursue a wrongful death claim with their attorney’s help. Through the wrongful death claim, the victim’s family can seek financial compensation for the damages such as funeral costs, loss of income and companionship, pain and suffering, and emotional trauma that the fatal accident has caused them.