A pregnant woman sustained injuries after a DUI driver struck her vehicle in Pomona on Monday evening, July 20. 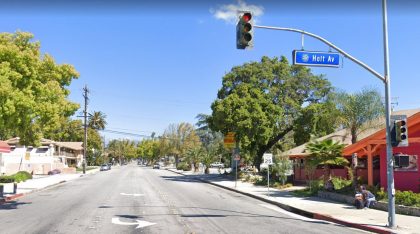 According to the initial reports from local authorities, the accident occurred at around 8:53 p.m. The suspect was driving a black BMW trying to evade the Pomona Police; he was headed westbound on the East Holt Corridor. He then ran a red light and collided head-on with a Honda. The suspect was later identified as an 18-year-old man named Anthony Urbina.

Authorities confirmed that he was driving while under the influence of marijuana. He was also driving without a valid driver’s license. A pregnant woman that was a passenger in the Honda was injured as a result of the accident. She was taken to a nearby hospital and is expected to recover. The suspect was arrested on charges of suspicion of driving under the influence of drugs resulting in a traffic collision and driving without a valid driver’s license.

Local authorities will continue investigating the case further. In this case, the liability falls on the suspect for deliberately attempting to drive while under the influence. Driving while under the influence of drugs or alcohol is one of the most reckless and dangerous things a driver can do. Doing that endangers not only the driver’s life but also the lives of the other people on the road.

According to the National Highway Traffic Safety Administration (NHTSA), approximately 10,000 people are killed annually due to DUI accidents. According to the Center for Disease Control and Prevention information, around 18% of all fatal motor accidents involve drugs and alcohol.

When facing DUI accident cases like this, it’s vital to have an experienced Los Angeles personal injury attorney specializing in DUI cases to conduct an independent probe. Attorneys have the resources to hire expert witnesses, conduct background checks on the drivers involved, and review applicable insurance coverage for their clients.

Dealing with injuries caused by a DUI accident can be quite challenging as it can potentially disrupt all aspects of life, such as family, work, and finances.

While waiting for the official investigation results, the victims are entitled to pursue a personal injury claim with the assistance of their attorney. The suspect will be required by law to provide financial compensation for the medical and rehabilitation costs, lost wages, pain, and suffering, and emotional trauma they caused on the victim.