According to the initial reports from local authorities, the crash transpired on Avalon Boulevard, near the intersection of 77th street. A Mazda hatchback rear-ended a Chevrolet TrailBlazer driving in front. Due to the severity of the impact, the SUV rolled over on its side and crushed a parked box truck.

Emergency responders had to extricate people trapped inside the SUV.
Five children and an adult driver from the Chevy sustained crying degrees of injuries. Two of the children were in critical condition at the scene while the three others only suffered from minor to moderate injuries.

Both the driver of the Chevy and the Mazda received treatment for their injuries as well. Drugs and alcohol don’t appear to be a factor in the accident.

According to the National Highway Traffic Safety Administration, there were 3,304 fatal car accidents in California in 2017. Although head-on collisions only represent 2 percent of accidents, they account for 10 percent of fatalities on U.S. roadways. These accidents are caused by a variety of reasons, such as distracted driving, drunk driving, and driver over-fatigue.

When facing cases like this, it’s essential to have an experienced Los Angeles personal injury attorney conduct an independent probe. Attorneys have the resources that can help them prove the negligence of the guilty party. They will re-interview important witnesses, review relevant surveillance footage from the scene, and obtain the liable party’s phone and texting records. 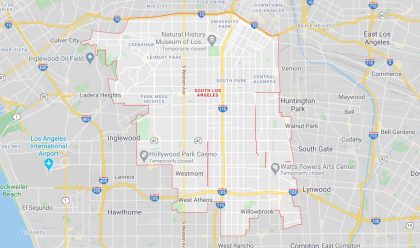 It can be quite challenging to deal with injuries caused by a car accident as it can affect all aspects of life, such as family, work, and finances.

While waiting for the results of the official investigation, the victims are entitled to pursue a personal injury claim with the help of their attorney. The liable party will be required by law to compensate for the medical expenses, lost earnings, and non-economic damages (such as emotional trauma, pain, and suffering).

Attorneys can serve as a reliable legal guide for the victims during this difficult time. They will ensure that their client’s rights and best interests are protected while making sure that the liable party will be held accountable for his negligence.