A 28-year-old man identified as Joshua Ghizouna was killed after getting struck by a drunk driver in North Fork on early Sunday morning, November 1. 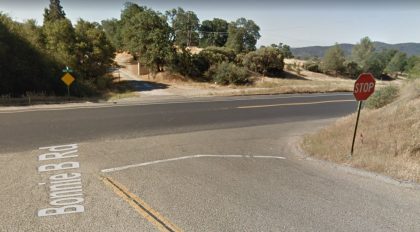 According to the local authorities’ initial reports, the deadly accident transpired at around 1:00 a.m. near Road 200 and Bonnie B Road.

The victim was initially driving a 2005 Porsche, but his vehicle flipped on its roof in the middle of the road for unexplained reasons. He was then hit by an oncoming car. The victim was pronounced dead at the scene.

The driver that struck the victim’s vehicle was identified as 38-year-old Jered Kesler. Police later determined that Kesler was driving while under the influence at the time of the accident. The suspect was arrested on suspicion of DUI and felony manslaughter.

Local authorities are currently investigating the fatal accident. It is apparent in this case that the liability falls on Jered Kesler as he was found to be driving while under the influence at the time of the accident, causing the death of Ghizouna.

When facing cases like this, it’s essential to have an experienced Madera County wrongful death attorney specializing in fatal DUI accident cases to conduct an independent probe. Attorneys have the resources to help prove the negligence of the liable party. They can re-interview important witnesses, review related surveillance footage from the scene, and obtain phone and texting records of the responsible party.

It can be quite stressful and overwhelming to suddenly lose a loved one due to a fatal DUI accident. While waiting for the official investigation results, the victim’s family is encouraged to pursue a wrongful death claim with their attorney’s help. Through the wrongful death claim, the victim’s family can seek compensation for the damages (such as loss of companionship and income, pain and suffering, and emotional distress) that the accident has caused them.