A 34-year-old woman identified as Candice McCarty was injured while an unidentified 33-year-old Atwater man was killed after the car they were riding was struck by a DUI driver near Winton on Sunday night, November 29. 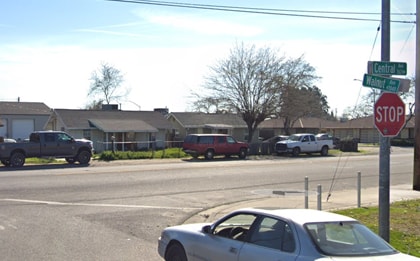 The fatal crash occurred at approximately 9:00 p.m. in the area of Walnut Avenue and Central Avenue. A 2008 Lexus IS 350 was driving eastbound on Walnut Avenue approaching Central Avenue when, for unclear reasons, the driver lost control and veered onto the opposite lane.

The Lexus then collided head-on with Honda Civic traveling westbound on Walnut Avenue. The occupants of the Civic were then trapped in the vehicle as a result of the crash. Honda’s engine compartment caught fire.

McCarty, who was an occupant of the Honda, was pulled out by bystanders from the wreckage. Unfortunately, the driver of the Honda was killed in the crash. The Lexus driver was later identified as 23-year-old Jose Marin Guizar Jr. He sustained significant injuries from the collision and was taken to Doctors Medical Center in Modesto for treatment.

Authorities later determined that he was driving while under the influence at the time of the accident. He was arrested on suspicion of felony DUI.

Local authorities are currently investigating the case. They will attempt to determine the factors that affected the accident.

Driving while under the influence of alcohol or drugs is one of the most reckless and irresponsible things a driver can do. It won’t just put their lives in danger, but it can potentially endanger other people’s lives.

When facing cases like this, it’s vital to have an experienced Merced County wrongful death attorney specializing in fatal DUI pedestrian accidents to conduct an independent investigation. They can re-interview important witnesses, review relevant surveillance footage from the scene, and obtain the responsible party’s phone and texting records.

Pending the investigation, the family of the victims may be entitled to a wrongful death claim. Family members of wrongful death victims may seek damages for loss of companionship, pain and suffering, and emotional distress following a tragic or catastrophic accident such as this sad incident.

It can be quite devastating to suddenly lose a loved one due to a fatal DUI pedestrian accident. While waiting for the official investigation results, the victim’s family is encouraged to pursue a wrongful death claim with their attorney’s help. Through the wrongful death claim, the victim’s family can seek financial compensation for the damages such as funeral costs, loss of income and companionship, pain and suffering, and emotional trauma that the fatal accident has caused them.