An unidentified 55-year-old woman was injured after a drunk driver struck the car she was a passenger in on 32nd Street on Thursday night, October 8. 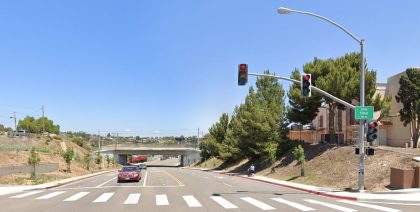 The two-vehicle DUI collision occurred at around 9:15 p.m. at the intersection of 32nd Street and Imperial Avenue, just west of Interstate 15.

A Toyota Corolla was initially driving westbound on Imperial Avenue when it crashed into a southbound 2018 Honda Civic. A passenger of the Honda Civic suffered from severe head injuries as a result of the crash. She was immediately transported to an area hospital to receive treatment.

The driver of the Corolla was later identified as 28-year-old John Sanders. He was arrested on suspicion of drunk driving.

Local authorities are currently investigating the crash. The liability is evident in this case, as the suspect was proven to be driving while under the influence of alcohol during the accident.

Driving while under the influence of drugs or alcohol is one of the most reckless and irresponsible things a driver can do. According to the Centers for Disease Control and Prevention (CDC), approximately 18 percent of all motor vehicle driver deaths in the U.S. involve drugs and alcohol.

When facing DUI cases like this, it’s vital to have a San Diego personal injury attorney specializing in drunk driving accidents to conduct an independent probe. Attorneys have the resources to hire expert witnesses, perform background checks on the drivers involved, and review applicable insurance coverage for their clients.

Dealing with injuries caused by a DUI accident can be quite stressful and challenging as it can disrupt all aspects of life, such as family, work, and finances. While waiting for the official investigation results, the victims are encouraged to pursue a personal injury claim with their attorney’s help. The suspect will be required by law to provide financial compensation for the medical and rehabilitation costs, lost wages, pain, suffering, and emotional trauma they caused the victim.