An unidentified female passenger was killed after a suspected drunk driver crashed into the back of a two truck in El Cajon on early Sunday morning, October 18. 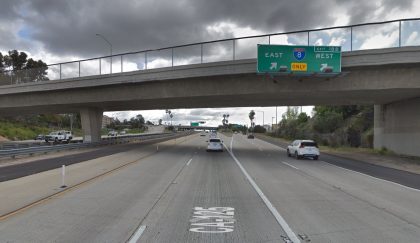 According to the California Highway Patrol’s initial reports, the crash occurred at around 12:40 a.m. on northbound State Route 125 near Interstate 8. A tow truck pulled off the highway to assist a disabled motorist when it was suddenly rear-ended by a passing vehicle.

The female occupant of the tow truck was pronounced dead at the scene.

The driver that rear-ended the tow-truck was confirmed to be under the influence at the time of the accident. The suspect was later arrested and booked into custody on felony DUI and vehicular manslaughter charges.

The fatal accident is now under investigation by the local authorities.

When facing cases like this, it’s vital to have an experienced San Diego County wrongful death attorney specializing in fatal DUI accidents to conduct an independent investigation. They can re-interview important witnesses, review relevant surveillance footage from the scene, and obtain the responsible party’s phone and texting records.

Suddenly losing a loved one due to a fatal DUI accident can be quite devastating. The victim’s family is encouraged to pursue a wrongful death claim while waiting for the official investigation results. Through the wrongful death claim, the victim’s family can seek financial compensation for the damages such as funeral costs, loss of income and companionship, pain and suffering, and emotional trauma that the fatal accident has caused them.