You are here: Home / California / [12-04-2020] San Diego County, CA – One Person Killed, Another Injured After a Deadly Wrong-Way Crash on Mission Gorge Road

An unidentified 59-year-old man was killed while another man was seriously hurt after a fatal wrong-way crash in San Diego on Friday night, December 4. 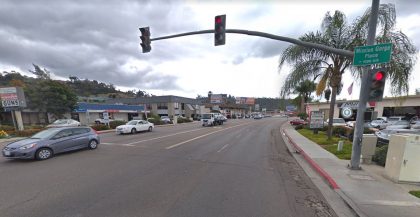 The crash took place on Mission Gorge Road near Mission Trails Regional Park at approximately 6:00 p.m. A 1984 Toyota pickup was traveling northeast towards Santee when a 2003 Acura sedan going the wrong-way collided head-on with the Toyota.

Both of the drivers were trapped in their vehicles due to the severity of the impact. Emergency personnel extricated them from the wreck.

The Acura driver was fatally injured and was airlifted to Scripps Memorial Hospital La Jolla, where he was later pronounced dead. The Toyota driver sustained severe injuries from the crash. He was rushed to Scripps Mercy Hospital in Hillcrest via ambulance for treatment.

The crash is currently under investigation by the California Highway Patrol.

Every year, approximately 355 people are killed in the U.S. due to wrong-way drivers. With the average number of wrong-way collision deaths at 265, 1.34 fatalities per wrong-way deaths are calculated. These accidents are caused by various reasons, such as distracted driving, drunk driving, and driver over-fatigue.

When facing cases like this, it’s essential to have an experienced San Diego County personal injury attorney conduct an independent investigation. Attorneys have the resources that can help them prove the negligence of the liable party. They can utilize their resources to re-interview important witnesses, review relevant surveillance footage from the scene, and obtain phone and texting records of the responsible party.

Being a victim of a wrong-way collision can be quite overwhelming and confusing for the victim, especially when they sustain significant injuries. Dealing with cases like this alone can be time-consuming and stressful.

While waiting for the official investigation results, it would be best to have an attorney handle your injury claim for you. The liable party will be required by law to provide financial compensation for the victim’s medical expenses, lost earnings, emotional trauma, and pain and suffering through the personal injury claim.

If you have a nagging suspicion that someone is to blame for the death or injury of your spouse or family member, contact Arash Law. We have the resources you need to pursue justice for wrongful death and the experience to ensure that you get fair compensation. We’re conveniently located throughout California, with offices in Los Angeles, Sacramento, San Francisco, Riverside, Orange County, and San Diego. We are more than happy to visit you at your home or office—call (888) 488-1391 for a FREE Consultation with a personal injury attorney in California.