A 66-year-old local identified as Robert Conlen sustained major injuries after his bicycle was struck by a hit-and-run driver on a highway in Los Osos on Tuesday morning, October 6. 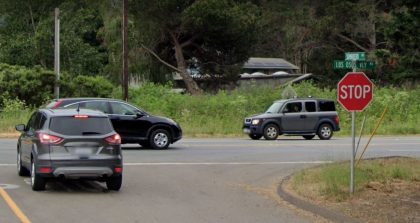 The collision happened at around 11:00 a.m. on Los Osos Valley Road near Sombrero Drive in Los Osos.

Emergency personnel arrived at the scene and found the victim lying on the roadway with serious injuries.

He was reportedly struck by a 2020 Hyundai Elantra that veered off into the bicycle lane for unclear reasons. The driver was later identified as 49-year-old Erin Aversano.

The victim was immediately rushed to an area hospital to receive treatment. The suspect was arrested and booked into the San Luis Obispo County Jail on suspicion of DUI and hit and run.

Local authorities are currently investigating the case. They will determine the identity of the hit-and-run driver and the cause of the fatal accident.  It is apparent in this case that the liability falls on the hit-and-run driver for leaving the victim wounded and fleeing the scene. The suspect will most likely face criminal charges once caught.

Bicycle crashes often happen in urban areas, where cars and bicycles interact the most. Cars hitting bikes is the leading cause of bicyclist injuries and deaths throughout the state. Common reasons for this are drivers failing to yield the right of way, running a stop sign or red light, or not paying attention enough on the road and texting while driving. Drunk driving and careless driving can also lead to a fatal bicycle collision. Although motorists would often escape unharmed, the bicyclists suffer the most from these types of accidents as they can sustain significant injuries or even potentially die.

When facing cases like this, it’s vital to have an experienced San Luis Obispo personal injury attorney specializing in fatal hit-and-run bicycle accidents to conduct an independent investigation. Attorneys have the resources to help prove the negligence of the liable party. All contributing factors, such as road conditions, signage visibility, and road lighting, should be considered and thoroughly examined.

It can be quite challenging to deal with injuries caused by bicycle accidents as it can disrupt all aspects of life, such as family, work, and finances.

If you have a nagging suspicion that someone is to blame for your spouse or family member’s death or injury, contact Arash Law. We have the resources you need to pursue justice for wrongful death and the experience to ensure fair compensation. We’re conveniently located throughout California, with offices in Los Angeles, Sacramento, San Francisco, Riverside, Orange County, and San Diego, and are happy to visit you. Call (888) 488-1391 for a FREE Consultation with a hit and run accident attorney in California.