An unidentified female bicyclist was killed after a fatal hit-and-run accident in Goleta on Sunday evening, April 26th. 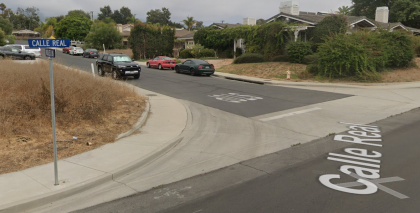 According to the initial reports from the local authorities, the fatal accident happened at around 10 p.m. in the area of Calle Real and Violet Lane in Goleta. The victim was cycling from a half-mile west of Glen Annie Road when a dark-colored SUV suddenly struck her.

Sadly, the victim died at the scene. The SUV was reportedly seen heading east on Calle Real toward Glen Annie Road, then southbound toward Hollister Avenue. Deputies from the Santa Barbara County Sheriff’s Department attempted to track down the suspect and found his abandoned SUV on 900 block of Camino del Sur.

The suspect was later identified as a 20-year-old man named Nicholas Baker. He was apprehended on suspicion of hit and run causing injury or death, involuntary vehicular manslaughter, and driving under the influence causing injury. He was booked into the Santa Barbara County Jail with his bail set at $1 million.

The local authorities are investigating the cause of the fatal accident. Bicyclists are more vulnerable to the dangers on the road in comparison to a passenger in a private vehicle.

When facing cases like this, it’s imperative to have an experienced Santa Barbara wrongful death attorney specializing in fatal bicycle accidents to conduct an independent investigation immediately to preserve the evidence better. Attorneys have the resources to hire expert witnesses, conduct drivers’ background checks, locate witnesses to the crash, and review applicable insurance coverage.

Attorneys can serve as a compassionate legal guide for the grieving family during this difficult time. They will vigorously fight for their client’s rights and best interests while ensuring that the liable party will be held accountable for their negligence.