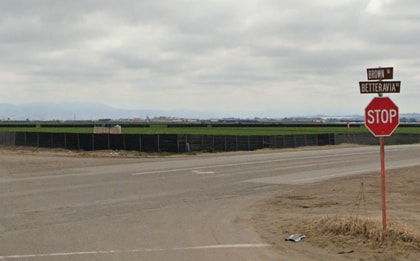 According to the initial reports from local authorities, the crash happened near Brown and Betteravia roads at approximately 2:40 p.m. A white Dodge Durango was initially traveling on Brown towards Betteravia when it failed to stop at the intersection.

The Durango then crashed into a silver Infiniti sedan on Betteravia Road. The driver of the Durango fled the scene, but several vehicles tailed him. The driver of the Infiniti had to be extricated from his vehicle as he was trapped inside. He sustained severe injuries as a result of the accident.

The Infiniti driver was airlifted via Calstar medical helicopter to Santa Barbara Cottage hospital. The crash resulted in the injury of another unidentified person. They sustained moderate injuries and were transported to Marian Regional Medical Center for treatment.

Local authorities are currently investigating the case. Police suspect that the Durango driver may have been driving while under the influence of alcohol at the time of the accident. Car accidents are one of the leading factors of injury deaths in California.

According to the National Highway Traffic Safety Administration (NHTSA), over 3,304 recorded fatal car accidents in California in 2017. A variety of reasons causes these car accidents; they mainly occur due to drunk drivers, distracted drivers, people who break the speed limit, and drivers who ignore road laws in general.

When facing cases like this, it’s essential to have an experienced Santa Barbara County personal injury attorney conduct an independent investigation. Attorneys have the resources that can help them successfully prove the negligence of the liable party. They can re-interview important witnesses, review relevant surveillance footage from the scene, and obtain the responsible party’s phone and texting records.

While waiting for the official investigation results, the victim is encouraged to pursue a personal injury claim with his attorney’s help. The victims are entitled to seek financial compensation for the medical expenses, lost earnings, emotional trauma, and pain and suffering that the car accident has caused them through the personal injury claim.