One person was killed while five other people sustained injuries after a fiery traffic collision in Saratoga on Wednesday morning, August 12. 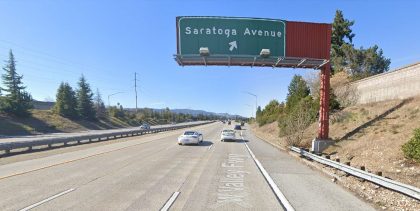 According to the California Highway Patrol’s initial reports, the fatal collision occurred at around 11:22 a.m. on Saratoga Avenue near Highway 85. A white sedan and a gray pickup truck were involved in the collision. How the crash occurred has not been established. The white sedan caught fire after the collision while the pickup truck had significant front-end damage.

A total fo five people were injured due to the crash. Three of them were transported to an area hospital while the other two were treated at the scene. The sedan driver, who was identified as a 70-year-old man, sustained life-threatening injuries and was rushed to a nearby hospital. He later succumbed to his injuries and was pronounced dead.

Local authorities are currently investigating the cause of the accident. Witnesses who can give information about the deadly crash are urged to call the sheriff’s office (408) 868-6600. Motor vehicle accidents are one of the leading factors in unintentional injury deaths in California.

According to the National Highway Traffic Safety Administration, there were 3,304 fatal car accidents in California in 2017. In 2018, 48 over 100,000 people die from their injuries on average in California. These accidents are caused by a variety of reasons, such as distracted driving, drunk driving, and driver over-fatigue.

When facing cases like this, it’s vital to have an experienced Santa Cruz wrongful death attorney specializing in fatal car accident cases to conduct an independent investigation. Attorneys have the resources that can help them prove the negligence of the liable party. They can utilize their resources to re-interview important witnesses, review relevant surveillance footage from the scene, and obtain phone and texting records of the responsible party.

Suddenly losing a loved one due to a fatal car crash can be quite devastating. The pain and sorrow that the victim’s family feels may overwhelm them.

While waiting for the official investigation results, the victim’s family is entitled to pursue a wrongful death claim with the help of their attorney. The liable party will be required by law to provide financial compensation for the medical bills, funeral expenses, pain and suffering, and emotional distress caused by the victim’s family.