An unidentified pedestrian was killed after getting struck by a hit-and-run driver in San Jose on early Thursday morning, September 3. 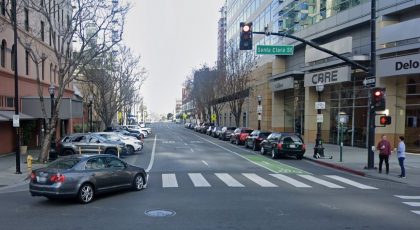 The driver fled the scene and did not render aid to the victim. The victim was taken to an area hospital but was later pronounced dead. The vehicle that struck the victim was described to be a tanker type truck. Additional information about the accident is unavailable at the moment.

Local authorities are currently investigating the case. It is unclear whether drugs or alcohol played a role in the accident. The police are now attempting to pursue the hit-and-run driver. It is apparent in this case that the liability falls on the hit-and-run driver for leaving the victim wounded and fleeing the scene. The suspect will most likely face criminal charges once caught.

Unfortunately, around one in five pedestrian accidents are caused by hit-and-run drivers. Sixty percent of people killed in hit-and-run accidents are pedestrians. Common reasons why hit-and-run drivers flee the scene are intoxication, driving without a license, and fear of getting arrested if they remained. Pedestrians currently make up a large percentage of traffic fatalities in the past 33 years. According to the Governors Highway Safety Association, pedestrian fatalities in the U.S. have increased by 27 percent from 2007-2016 while other traffic-related deaths decreased by 14 percent.

When facing cases like this, it’s vital to have an experienced Santa Clara wrongful death attorney specializing in fatal pedestrian accidents to conduct an independent investigation. Attorneys have the resources that can help them prove the negligence of the liable party. They can re-interview important witnesses, review relevant surveillance footage from the scene, and obtain the responsible party’s phone and texting records. 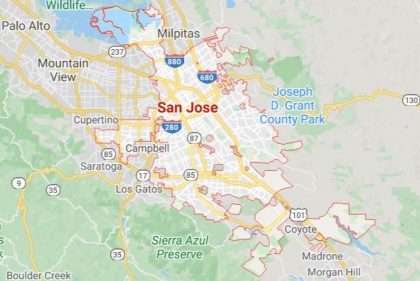 The sudden loss of a loved one due to a fatal pedestrian accident can come as quite a shock for the family members that the victim left behind. As the victim’s family undergo grief, they may be left vulnerable to manipulation by insurance companies and the guilty party.

When facing cases like this, it’s vital to have an experienced Riverside County wrongful death attorney specializing in fatal pedestrian hit-and-run accidents to conduct an independent investigation and assist them with getting a wrongful death claim. Through the wrongful death claim, the victim’s family can seek compensation for the damages (such as loss of income and companionship, funeral costs, pain and suffering, and emotional distress) that the fatal accident has caused them.

We have the resources you need to pursue justice for wrongful death and the experience to ensure fair compensation. We’re conveniently located throughout California, with offices in Los Angeles, Sacramento, San Francisco, Riverside, Orange County, and San Diego, and are happy to visit you. Call (888) 488-1391 for a FREE Consultation with a wrongful death attorney in California.