An unidentified bicyclist was killed after getting struck by a police car in Anderson on Sunday night, October 11. 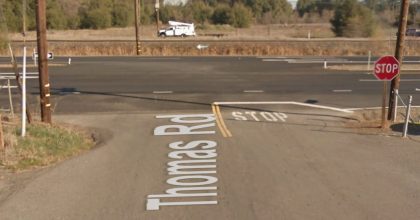 The fatal accident transpired on Highway 273 near Thomas Road at approximately 11:00 p.m. The victim was riding his bicycle in the area when he was suddenly struck by an Anderson Police car.

The bicycle accident later led to another crash. An Anderson police sergeant responded to the scene to redirect traffic. A sedan that was traveling northbound on the highway later crashed into the sergeant’s patrol car.

The sergeant sustained moderate injuries from the accident while the sedan driver was seriously injured. Both of them were immediately taken to an area hospital to receive treatment. The sedan driver is currently in the ICU.

Local authorities are now investigating the crash. Although various laws protect bicyclists in the U.S., bicycle accident fatalities are still an inevitable occurrence. Around 800 bicyclists died in the U.S. in 2018. California leads the nation in the number of bicycling crash deaths per year.

The majority of these crashes occur in urban areas, where cars and bicycles interact most often. Cars striking bicycles is the number one cause of bicyclist injuries and deaths throughout the state. In many of these cases, the driver failed to yield the right of way, didn’t check for bikes before pulling out, ran a stop sign or red light, or wasn’t paying attention while driving. Texting and driving, drunk driving, and careless driving can all lead to a bicycle collision. Sadly, motor vehicle drivers often escape unharmed while the bicyclist suffers from fatal injuries.

When facing cases like this, it’s essential to have an experienced Shasta County wrongful death attorney specializing in fatal bicycle accidents to conduct an independent investigation. Attorneys can utilize their resources to review the factors that may have affected the crash carefully. During the independent investigation, attorneys must consider and thoroughly examine all possible contributing factors such as road conditions, signage visibility, and road lighting. Going through these procedures is necessary to help the victim’s family receive the justice they deserve.

Suddenly losing a loved one due to a fatal bicycle accident can be quite devastating and stressful.

In the event of any bicycle accident in California, speak to Arash Law about your possible options. Call (888) 488-1391 or contact us online. Arash Law has decades of experience throughout California and has secured million-dollar settlements and verdicts for our clients. Our car accident team can investigate your crash, identify the potential defendant(s), and file your claim with the civil court system as quickly as possible. Don’t delay – you’re just a phone call away from learning your legal options.