An unidentified 64-year-old woman was killed after a deadly DUI crash in Red Bluff on Tuesday night, December 1. 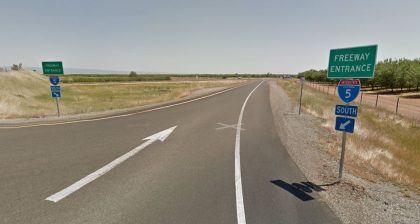 According to the initial reports from local authorities, the crash occurred on Interstate 5, south of Tehama Avenue, around 11:40 p.m.

A 2013 Nissan Pathfinder was driving northbound on the highway when it suddenly rear-ended a 2009 Subaru Forester. The Subaru overturned due to the severity of the impact.

The 64-year-old occupant of the Subaru sustained life-threatening injuries after getting ejected. She was pronounced dead at the scene.

Both of the drivers suffered minor injuries from the crash. The driver of the Nissan Pathfinder was later identified as Mohammad Khesrawi. He was later arrested on suspicion of DUI.

The California Highway Patrol is further investigating the crash. It is apparent in this case that the liability falls on the Nissan driver for driving while under the influence.

When facing cases like this, it’s essential to have an experienced Tehama County wrongful death attorney specializing in fatal DUI accident cases to conduct an independent probe. Attorneys have the resources to help prove the negligence of the liable party. They can re-interview important witnesses, review related surveillance footage from the scene, and obtain phone and texting records of the responsible party.

It can be quite stressful and overwhelming to suddenly lose a loved one due to a fatal DUI accident. While waiting for the official investigation results, the victim’s family is encouraged to pursue a wrongful death claim with their attorney’s help. Through the wrongful death claim, the victim’s family can seek compensation for the damages (such as loss of companionship and income, pain and suffering, and emotional distress) that the accident has caused them.