A 36-year-old Oroville resident identified as Chue Kue was killed after a two-vehicle traffic collision in Marysville on Wednesday night, October 14. Two other people were injured as a result of the collision. 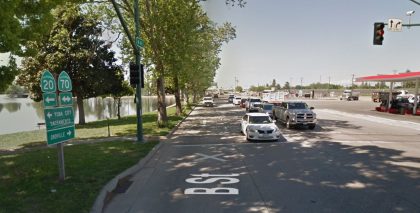 The deadly collision transpired at approximately 11:23 p.m. on Highway 70 near Chandler Road.

A 2007 Toyota Yaris occupied by Chue Kue was initially heading northbound towards Oroville when, for unexplained reasons, it drifted onto the eastbound shoulder. The Toyota driver then tried to re-enter the roadway by taking a left turn, but it crossed over the center lane and drove directly in front of a 2008 Buick Lacrosse.

The Lacrosse reportedly crashed into the left rear of the Toyota as a result of the collision. Chue Kue sustained fatal injuries from the crash and was pronounced dead at the scene.

The Lacrosse driver, who was identified as Laurice Reed, sustained moderate injuries as well as the Toyota Driver, Tou Kue. Both of them were transported to an area hospital to receive treatment.

Local authorities are currently investigating the cause of the fatal accident. Drugs and alcohol were not considered as factors in the accident.

Although a variety of road laws protects motorists, roadway accidents are still prevalent across the USA. According to the National Highway Traffic Safety Administration (NHTSA), In 2017, there were 3,304 recorded car accidents and 3,602 car accident-related deaths in California alone. A variety of reasons causes these car accidents; they mainly occur due to drunk drivers, distracted drivers, people who break the speed limit, and drivers who ignore road laws in general.

When facing cases like this, it’s essential to have an experienced Yuba County wrongful death attorney conduct an independent investigation. Attorneys have the resources that can help them successfully prove the negligence of the liable party. They can re-interview important witnesses, review relevant surveillance footage from the scene, and obtain the responsible party’s phone and texting records.

It can be quite devastating and stressful to suddenly lose a loved one due to a fatal two-vehicle collision.