Three people were killed while five others were injured after a fatal head-on collision in Kettleman City on Sunday night, November 15. 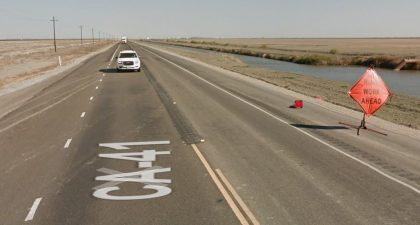 According to the California Highway Patrol’s initial reports, the accident occurred shortly before midnight on Highway 41 near Quebec Avenue. A white Honda Accord was going northbound on the highway when, for unexplained reasons, it veered onto the southbound lanes and collided head-on with a white Toyota Sienna.

It is unclear whether drugs, alcohol, or speeding played a role in the deadly crash.

The California Highway Patrol is currently investigating the accident. They will attempt to determine the factors that caused the collision to occur and liability.

Although head-on collisions only represent 2 percent of accidents, they account for 10 percent of fatalities on U.S. roadways. Head-on collisions commonly occur in a traffic light, stop sign, or blind intersections and on freeways. They mainly happen when drivers are distracted or are experiencing over-fatigue.

When facing a case like this, it’s essential to have a Fresno County wrongful death attorney specializing in head-on collision crash cases to conduct an independent investigation. Attorneys have the resources to help the victim’s family to receive the justice that they deserve. They can re-interview important witnesses, review any related surveillance footage from the crash scene, and obtain phone and texting records of the liable party.

Suddenly losing a loved one due to a fatal head-on collision can be overwhelming. While the official investigation is on-going, the victim’s family is entitled to pursue a wrongful death claim with their attorney’s help.