A total of 14 people were sent to the hospital after a 17-year-old DUI suspect crashed into the bus they were riding in East Los Angeles on Wednesday morning, August 19. 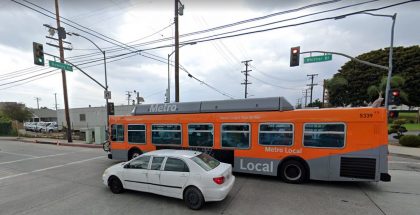 According to the Los Angeles Fire Department, they received an urgent call at around 10:45 a.m. about an accident on Whittier Boulevard and Downey Road. A teenager was reportedly driving a Volkswagen Beetle that later crashed into a bus. The teen Volkswagen driver was suspected to be under the influence at the time of the accident.

How the collision occurred is currently unclear. At least 14 people sustained injuries from the accident, with 11 of them having minor injuries and 3 of them in critical condition. All of the victims were rushed to a nearby hospital for treatment. Local authorities are detaining the suspect in an area near the crash site.

The California Highway Patrol is actively investigating the case at the moment.

Driving while under the influence of drugs or alcohol is one of the most reckless and dangerous things a driver can do. It endangers the driver’s life, but it also poses a threat to the lives of the other people on the road. According to the Centers for Disease Control and Prevention (CDC), drugs are involved in approximately 18 percent of all motor vehicle driver deaths in the U.S. Approximately 10,000 people were killed annually due to DUI accidents.

When facing DUI accident cases like this, it’s vital to have an experienced Los Angeles County personal injury attorney specializing in DUI cases to conduct an independent probe. Attorneys have the resources to hire expert witnesses, conduct background checks on the drivers involved, and review applicable insurance coverage for their clients.

Sustaining injuries, especially critical injuries after a DUI accident, can drastically affect the victim’s life. Dealing with these injuries can be quite challenging and stressful as it can disrupt all aspects of their lives, such as family, work, and finances.

Pending the results of the official investigation, the victims of the crash are entitled to pursue a personal injury claim with the assistance of their attorney. The suspect will be required by law to provide financial compensation for the medical and rehabilitation costs, lost wages, pain, and suffering, and emotional trauma they caused on the victim.