According to the initial reports from local authorities, the accident happened at around 9:50 p.m. in the 100 blocks of East Martin Luther King Jr. Boulevard near Main Street.

Several vehicles, including a Los Angeles Police Department patrol vehicle, were involved. A tow truck ran a red light at the intersection of East Martin Luther King Jr. Boulevard and Main Street. An LAPD patrol vehicle then later struck the rear passenger side of the tow truck. A car and an SUV were also involved in the crash.

One officer was pinned inside his wrecked police vehicle and had to be extricated by emergency personnel. A total of eight people were injured from the crash. Two people sustained severe injuries, while six others had minor injuries. The names of the parties that were involved have not been disclosed.

The California Highway Patrol is actively attempting to determine the cause and the circumstances that led to the multi-vehicle collision.

According to the statistics from the National Highway Traffic Safety Administration, there were 3,304 fatal car accidents in California in 2017. These types of accidents are caused by a variety of reasons, such as distracted driving, drunk driving, and driver over-fatigue.

When facing cases like this, it’s essential to have an experienced Los Angeles car accident attorney specializing in multi-vehicle collisions to conduct an independent investigation. Attorneys have the resources that can help them prove the negligence of the liable party. They can re-interview important witnesses, review related surveillance footage from the scene of the crash, and obtain the responsible party’s phone and texting records. 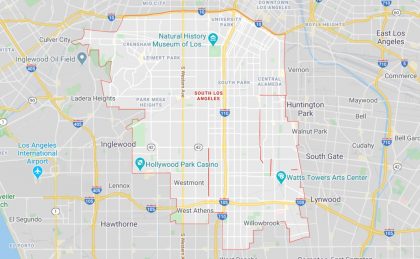 Dealing with injuries after a car accident can be quite stressful and overwhelming as it can potentially disrupt life, such as family, work, and finances.

Attorneys can serve as a compassionate, helpful guide to the victim during this difficult time. They will vigorously fight for their client’s rights and best interests while ensuring that the liable party will be held accountable for their negligence.

If you have a nagging suspicion that someone is to blame for the death of your spouse or family member, contact Arash Law. We have the resources you need to pursue justice for wrongful death and the experience to ensure that you get fair compensation. We’re conveniently located throughout California, with offices in Los Angeles, Sacramento, San Francisco, Riverside, Orange County, and San Diego, and are happy to visit you at your home or office. Call (888) 488-1391 for a FREE Consultation with a personal injury attorney in California.