A family of three were killed after a semi-truck rear-ended the minivan they were riding in Ontario on Tuesday morning, June 16th.

According to the initial reports from local authorities, the fatal semi-truck accident occurred at around 9:28 a.m. on the 10 Freeway, west of Haven Road.

The victims were inside their parked 2002 Chrysler Voyager at the time of the collision when an 18-wheeler going 60 mph suddenly struck their car from behind.

Due to the severity of the impact, the minivan was pushed into the trailer of another big rig in front of it.

The victims were identified as Rachel Miller, Aaron Hardy, and Aubree Hardy, who was only five years old. The three victims were pronounced dead at the scene.

The California Highway Patrol (CHP) is currently investigating the case further. The liability falls on the semi-truck driver as he was unable to stop on time, which caused the fatal semi-truck crash.

Tractor-trailer accidents are more deadly compared to other types of road accidents. It’s mainly because of the considerable size difference of big rig trucks compared to other vehicles on the road. A fully loaded big rig needs as much as 20 to 40 percent more stopping distance. According to the U.S. Department of Transportation’s Fatality Analysis Reporting System (FARS), big rig trucks have increased by 30 percent since 2009. There were 4,102 traffic fatalities involving a big rig in 2017 alone. Tractor-trailer accidents are caused by a variety of factors, such as loss of control of the truck, a tire blowout, a disabling or non-disabling vehicle failure, excessive speed, lane drifting, and improper truck maneuvering, and driver fatigue.

When facing tractor-trailer crash cases like this, it’s essential to have an experienced Ontario wrongful death lawyer specializing in fatal semi-truck accidents to conduct an independent investigation. During the independent investigation, all possible contributing factors such as road conditions, signage visibility, and road lighting will bee considered and thoroughly examined by the wrongful death attorney. 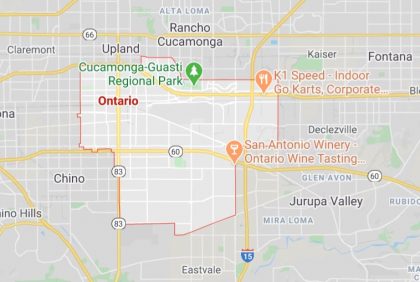 Suddenly losing a loved one due to a fatal semi-truck accident can be quite stressful and devastating. While waiting for the official investigation results, the victim’s family is encouraged to pursue a wrongful death claim with the assistance of their attorney.

Through the wrongful death claim, the family can seek financial compensation for medical bills, funeral expenses, pain, and suffering. Attorneys can serve as a helpful legal guide for the grieving family during this difficult time. They will vigorously fight for their client’s rights and best interests while ensuring that the liable party will be held accountable.

If you have a nagging suspicion that someone is to blame for the death or injury of your spouse or family member, contact Arash Law. We have the resources you need to pursue justice for wrongful death and the experience to ensure that you get fair compensation. We’re conveniently located throughout California, with offices in Los Angeles, Sacramento, San Francisco, Riverside, Orange County, and San Diego, and are happy to visit you at your home or office.