An 11-year-old girl was killed due to a fatal hit-and-run motorcycle collision in Turlock on Sunday evening, November 8. 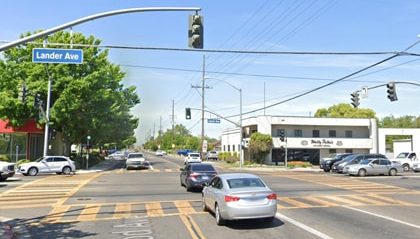 The collision took place at Lander and Linwood Avenues at approximately 5:20 p.m. A motorcycle was heading near the Turlock intersection when it suddenly collided with a silver Ford SUV.

The Ford driver did not stop to render aid and fled the scene. The Ford then later crashed into a red Honda Civic with five occupants, including the 11-year-old girl.

The motorcycle rider from the initial crash sustained moderate injuries and was rushed to an area hospital for medical treatment.

An 11-year-old occupant of the Honda Civic sustained life-threatening injuries from the accident. She was taken to a nearby hospital, where she was later pronounced dead.

The four other occupants of the Honda were also hurt from the wreck. They were all taken to the hospital for treatment and are expected to recover. The hit-and-run driver was later identified as 25-year-old Josue Leyva of Turlock. He was arrested on vehicular manslaughter and hit-and-run charges.

Local authorities are currently investigating the case. Witnesses that can provide additional information about the accident are urged to call the Turlock Police Department and can be reached at 209-688-6536.

It is apparent in this case that the liability falls on the hit-and-run driver for leaving the victims wounded and fleeing the scene. According to the National Highway Traffic Safety Administration, approximately 737,100 hit-and-run accidents occurred in the U.S. in 2015, with one occurring every 43 seconds. Two thousand forty-nine deaths caused by hit-and-run crashes from 2016 were recorded, which is the highest registered number today.

Common reasons why hit-and-run drivers flee the scene are intoxication, driving without a license, and fear of getting arrested if they remained.

When facing fatal motorcycle accident cases like this, it’s vital to have an experienced Stanislaus County wrongful death attorney specializing in fatal hit-and-run accidents to conduct an independent probe. Attorneys have the resources to hire expert witnesses, conduct driver background checks, and review applicable insurance coverage for their client. All possible contributing factors, such as road conditions, signage visibility, and road lighting, must be considered and thoroughly examined during the independent investigation.

It can be quite devastating to suddenly lose a loved one due to a fatal hit-and-run accident. Pending the official investigation results, the victim’s family is encouraged to pursue a wrongful death claim with their attorney’s help. Through the wrongful death claim, the victim’s family can seek compensation for the damages (such as loss of income and companionship, funeral costs, pain and suffering, and emotional distress) that the fatal accident has caused them.