Pedestrian Killed After Being Struck by a Truck in Santa Nella

You are here: Home / California / Pedestrian Killed After Being Struck by a Truck in Santa Nella 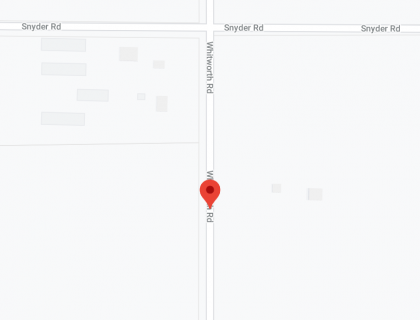 A 30-year-old unidentified man was tragically killed last March 6 after he was hit by a semi-tractor-trailer in Santa Nella.

According to the initial reports, the incident occurred at around 4:40 a.m. along Interstate 5 north of Whitworth Road. The driver of the semi-truck was traveling northbound on the freeway when he spotted the pedestrian crossing directly in front of him. The driver tried to steer his car away from the pedestrian, but he was unable to yield, inevitably hitting the pedestrian.

According to the California Highway Patrol, the driver struck the pedestrian with the front corner of the 18-wheeler truck.

The unidentified pedestrian was immediately rushed to the Doctor’s Medical Center in Modesto to be treated for his injuries. Sadly, he died shortly after.

The California Highway Patrol is currently investigating the tragic incident.

According to the Governors Highway Safety Association, around 6,227 pedestrians were killed in the U.S. in 2018, which was a 250 increase from the previous year. Pedestrian fatalities have been increasing at an alarming rate, and it has jumped up to 41% since 2008, which accounts for 16% of all traffic fatalities.

We can attribute this spike in pedestrian fatalities with the rise of technology during the past few years. More drivers are becoming distracted by their smartphones. They pay less attention to the road, which inevitably results in them failing to yield any incoming pedestrians.

When investigating a pedestrian accident case, it’s crucial to have the proper resources to prove the negligence of the suspect successfully. All contributing factors (such as road conditions, signage visibility, and road lighting) must be examined thoroughly. Going through these procedures is vital as it can help the victim’s family to receive the justice that they deserve.

That’s why it’s vital to have an experienced California wrongful death attorney conduct an independent probe on behalf of the victim to protect their rights better.

Whether pedestrians cross on a marked crosswalk or not, pedestrians possess a “right of way.” It’s always the driver’s responsibility to yield any pedestrians in his way.

While the investigation is on-going, the victim’s family is entitled to seek a wrongful death claim, which enables them to demand compensation for the damages (such as loss of companionship, pain and suffering, and emotional distress) that the incident has caused them.

If you have a nagging suspicion that someone is to blame for the death of your spouse or family member, contact Arash Law. We have the resources you need to pursue justice for wrongful death as well as the experience to ensure that you get fair compensation. We’re conveniently located throughout the state of California with offices in Los Angeles, Sacramento, San Francisco, Riverside, Orange County, San Diego, and are more than happy to visit you at your home or office.