A Resident’s Guide to Creating Safer Walking and Biking Communities

You are here: Home / The Arash Law Blog / A Resident’s Guide to Creating Safer Walking and Biking Communities

We have, as a society, recently come to have a greater appreciation for communities where we can walk or bike to the places we want or need to be. In doing so, we have found it increasingly obvious that, for some time, residential areas were not designed to aid that goal. For decades, our communities have reflected a cultural love affair with the automobile with all roads – wherever they led to – being made for cars and cars alone. 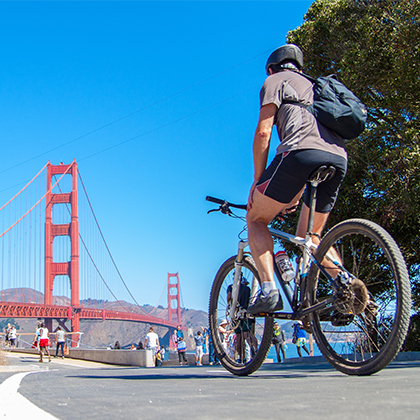 Moving Away From the Car

However, many communities have recently begun to seek a return to an era when residents could walk or cycle to the locations they desired. Walkability became a watchword in urban design, and people began to look at their particular community’s existing obstacles to mobility and their potential for removing or modifying those obstacles. We will look at some of these issues, and you can then make suggestions to consider for bringing change to your community.

What Are the Common Problems?

Consequently, residents end up in an area – whether urban or suburban – where they’re afraid to cross the street and aren’t comfortable letting their kids ride their bikes anywhere. Plus, there’s not much nearby to make either crossing streets or riding bikes worthwhile in the first place. Specific issues include:

Problems in getting around can be general – those that affect everyone who isn’t in a car – and specific such as the problems that confront bikers versus those that impact pedestrians and the disabled. We will look at each group of problems separately. Please note that, under California law, a “pedestrian” is someone who is walking, riding something propelled by their effort, including a wheelchair (but not a bicycle), or is riding a motorized wheelchair, tricycle, or quadricycle and is disabled.

Problems for the Disabled 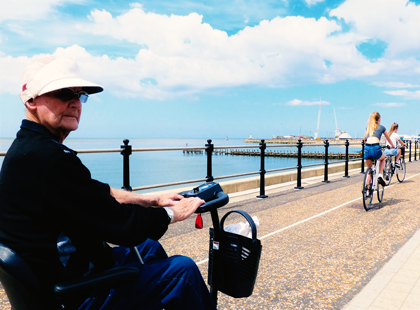 Under Assembly Bill 3077, a “fix-it” ticket will be offered to those under 18 who are cited for not wearing a helmet while operating or riding as passengers on:

The ticket provision allows the cited minor to cure the violation by completing a safety program within 120 days of the citation.

Under AB 2989, those over 18 are no longer required to wear a helmet while riding a motorized scooter. However, these same scooters are now prohibited on roadways with speed limits above 25 mph or roads with a speed limit of up to 35 mph unless traveling in a qualifying cycle track or bike lane.

Bikers on Class I bikeways are now subject to all collision-related rules that apply to a car driver during a hit-and-run accident. Under the new law, anyone involved in a collision while riding a bicycle on a path with a separate right of way for pedestrians and bicycles must remain at the scene and exchange information with parties involved.

California communities have devoted a great deal of time and attention to making their roads safer for vulnerable road users in recent years. A vulnerable road user (VRU) is anyone not protected by the steel frame of an automobile. The VRU laws protect those walking and rolling on California roads from death or injury resulting from the negligent or intentional behavior of drivers.

By boosting fines and penalties for this misconduct as it relates to VRUs, these laws increase incentives to avoid bad behavior and assist VRUs in pursuing civil actions after an accident. Several California communities have already adopted VRU laws. For a broad overview of California’s rules and regulations relating to pedestrians and cyclists, see Bicyclist and Pedestrian Safety – California DMV.

The problems confronting pedestrians, bikers, and the disabled cannot be solved just by telling them to take public transit. Although many municipalities have made huge strides in making their public transit vehicles safe and handicapped-accessible, there still remain issues relating to the bus stops themselves. Often they are located in areas that are not easy to get to on foot or by bike, or by those who are disabled. Some of the specific issues relating to bus stops include:

Subways and trains face many of the same issues, accompanied by the fact that many train stations are not yet accessible by the disabled. If a disabled rider needs to get to point A, but the nearest train stop is several miles away, public transit is not much of a solution.

Drivers Are a Large Part of the Problem

There is no question that drivers are often unaware of or indifferent to those sharing the road with them who are not operating motor vehicles. Many drivers treat pedestrians, bikers, and the disabled as intruders in a wholly motorized world. While pedestrians must by law use due care for their own safety, motorists also have a duty to care for them. Here are some of the specific problems. 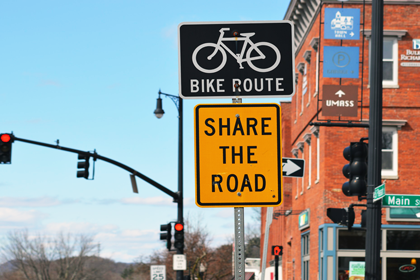 But So Are Pedestrians and Cyclists

It would be easy to place all the blame on neglectful municipalities and discourteous drivers, but pedestrians and bikers also add to their own risks on the road. Bike riders are, since January 2019, subject to all the provisions of the traffic laws that apply to drivers, so they should know exactly what they are required to do. Pedestrians should consider their duty to take care and act accordingly. Some specific issues include the following.

Nothing and no one can prevent all accidents involving pedestrians and bikers. But, communities can begin to address the issues discussed above and plan to respond to them. You can help by getting involved on the local level, advocating for good planning for mobility, and for change to municipal codes that don’t require sidewalks and pathway networks. California is working toward the protection of vulnerable road users, but we all need to participate on the state, county, and local levels to achieve those goals. While we never hope to see this happen, if you need help from a trustworthy California bicycle accidents lawyer, do not hesitate to contact Arash Law for a free initial case consultation.