It might not surprise you to learn that almost all car accidents occur because someone made a mistake while driving. Very few accidents are the result of a defective vehicle or terrible driving conditions (like slick roadways). According to NHTSA, driver error accounted for a staggering 94 percent of all auto accidents in the United States between 2005 and 2007.

This fact means that most of the deaths that occur here on the roads of California are caused by negligent drivers. It is vital to hold these drivers accountable for their harmful actions. Financial consequences deter other drivers from engaging in bad driving habits. The experienced car accident lawyers at Arash Law are here to help you protect your legal rights after any car accident.  Here are some of the most common driver errors that lead to car crashes here in California:

Now that most drivers have smartphones, navigation systems, and built-in entertainment systems in their vehicles, there are more ways than ever to become distracted when you should be paying attention to the road. Distracted driving is one of the most significant public health risks facing anyone who uses public roads in the United States. 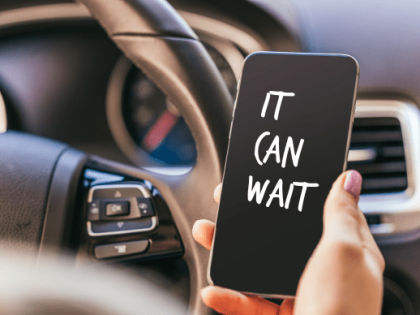 NHTSA reports that 3,142 victims were killed by distracted drivers in the United States in 2019. These are thousands of victims who died needlessly, simply because someone else was not paying attention.

New technologies are not the only way that a driver can become distracted. There are many other distractions inside a car, such as pets or children that need your attention. It is best to settle them as much as possible before you leave so that they are less likely to need your attention once you start driving.

Passengers can also be a distraction. Do not hesitate to ask your passengers to talk quietly, or not talk to you at all while driving, or lower the volume of their music. Even if you are alone in the car, you can still be distracted by listening to music.

You might also be tempted to daydream or enjoy the view on a scenic drive. These choices can have fatal consequences. You should constantly monitor the traffic around you. Do not lose focus to eat or drink, or apply makeup, or any other task that takes your attention from where it belongs on the road ahead of you.

Drunk driving has long been a problem on the roadways of America. Here in California, unfortunately, there is some recent data that shows a troubling uptick in this deadly behavior. A study reported by UC Berkeley found some disturbing trends in California drunk driving accidents in 2016.

Nationwide, there was an increase of 1.7 percent in the number of victims killed by drunk drivers from the previous year. But here in California, there was a staggering increase in fatalities of 16.2 percent between 2015 and 2016. This increase was nearly ten times higher than the increase across the nation.

The 2016 fatality numbers were also 27.7 percent higher than they were in 2012. While drunk drivers often face criminal charges, it is important for them to face civil lawsuits from their injury victims, as well.  Consequences can act as a deterrent to other drivers who would consider operating a vehicle while drunk. An insurance claim or civil lawsuit also protects the injury victim’s legal right to be compensated for all the losses caused by the drunk driver.

Alcohol is not the only substance that can impair your driving abilities. Recreational drugs and prescription medications can also lead to accidents. During the opioid epidemic, there has been a measurable increase in drivers who had opioids in their system at the time they caused an accident.

It is important to hold these drivers accountable for their impaired driving, as well. It can be difficult for prosecutors to get criminal convictions against these drivers. (Unlike alcohol, which has a known impairment point and clear statutes that prohibit levels above .08, drugs do not have set impairment values that can be written into criminal statutes.) Because there are not always criminal consequences for impaired driving, it is even more important for injury victims to impose financial consequences by enforcing their legal right to compensation. 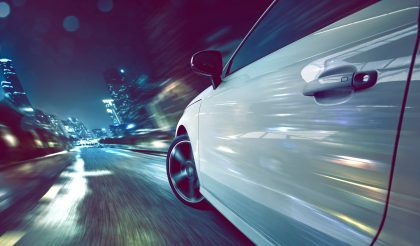 Speed is very often a contributing factor in fatal accidents. Speed not only increases the likelihood that a driver will cause an accident, but it also increases the chances that the accident will be fatal for at least one person who has been involved in it. This is because speed generates more force in a collision.

When more force is generated, injury victims are faced with a stronger impact, and their injuries are more serious. This, in turn, increases the chances that at least one injury victim will be unable to survive his or her injuries in an accident in which speed was a factor.

The National Safety Council reports that speed was a factor in 26 percent of all traffic fatalities in the United States in 2019. Speed is a highly preventable cause of accidents, and yet it causes more than one out of every four traffic deaths in America. Nearly ten thousand injury victims were killed simply because a driver chose to speed.

You could spend hours searching online for a “car crash lawyer near me,” but the best traffic accident lawyers in California are right here at Arash Law. Our skilled injury attorneys have decades of experience, and we have collected over 200 million dollars for clients across the state. Our skilled legal team serves clients in Los Angeles, San Francisco, Riverside, San Jose, San Diego, Sacramento, Sherman Oaks, and throughout California.

Clients throughout California trust our skilled legal team to defend their legal rights. We will fight for fair compensation for your injuries and losses, too, so that you can focus on making the best recovery possible from your injuries. Call (888) 488-1391 or complete our online intake form to schedule your free consultation. The sooner you have an experienced California auto injury lawyer fighting on your side, the better protected your legal rights will be.