The Difference Between No-Fault And Fault Car Insurance

You are here: Home / The Arash Law Blog / The Difference Between No-Fault And Fault Car Insurance

Car insurance laws are often confusing. Drivers often know that state law requires insurance coverage, but they don’t know to what extent or how to proceed following an accident. In fact, most drivers buy the policies their insurance companies recommend and give little thought to the matter after the fact. While a working knowledge of insurance law isn’t essential for drivers, understanding the basics of no-fault vs. car insurance is.

The Two Types of Insurance Models

Two main models of insurance law will affect an accident claim. Some states follow a no-fault approach, while others observe traditional fault laws. The two have notable differences. 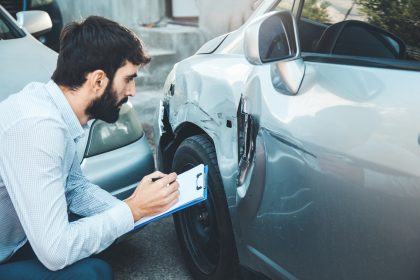 A handful of states follow no-fault laws when it comes to compensation following a car accident. This works the way it sounds – when a car accident occurs, drivers file claims with their own insurance policies, regardless of who is at fault for an accident. At least regarding minor accidents, no-fault insurance states to not consider who is at fault for an accident when paying out claims – they simply pay claimants in accordance of the terms of the policy.

In some cases, victims of serious injuries may step outside of the no-fault system and file a claim against an at-fault driver for damages. The rules on this vary from state to state, but generally an injury must be severe enough to justify a claim against another driver.

Some states switched to no-fault models to shorten the time for a payout. They argue that instead of spending time in court trying to settle fault arguments, drivers can file a claim and get on the road to recovery sooner. Currently, 12 no-fault states exist: Florida, Michigan, New Jersey, New York, Pennsylvania, Hawaii, Kansas, Kentucky, Massachusetts, Minnesota, North Dakota, and Utah.

Insurance rules vary greatly from state to state, but car accidents fall into one of these two categories. California follows a traditional fault model for car accident claims, which makes it easier for victims to collect compensation for their injuries, pain, and suffering. The main disadvantage to this system is court costs and extended timelines when an insurance company refuses to pay – but a personal injury attorney can help streamline the process and get victims back on their feet.

One former claims adjuster for Allstate told CNN that she would offer as little as $50 to some victims, who would take it, fearing that if they didn’t, they’d get nothing. Accident victims have been walking away from billions of dollars that insurers got to keep. The truth is that you don’t have to settle for a low ball claim or be intimidated by a big insurance company. We have California’s best personal injury attorneys – that specialize in fighting car insurance companies. Please call our office at (888) 488-1391 for a FREE consultation with an experienced car accident injury attorney.