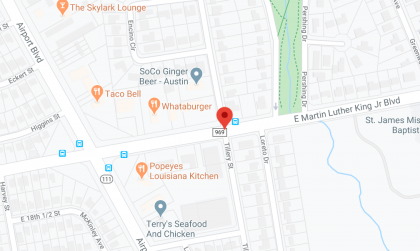 LOS ANGELES, CA. – A 12-year-old boy identified as Abraham Trejo was walking to school when he was suddenly struck by a maroon SUV last March 10 in Los Angeles.

According to the initial reports from the Los Angeles Police Department, the incident occurred at around 7:30 a.m. in the 100 block of East Martin Luther King Jr. Boulevard. The young boy was said to be crossing in a marked crosswalk.

The maroon SUV was driven by a 43-year-old woman who was dropping her child off at school. The woman claimed that she was unable to see the boy, but she stopped and willingly assisted the child after hitting him. A concerned bystander attempted to perform CPR on the young boy. But unfortunately, the boy died at the scene. The victim’s family has set up a GoFundMe page to assist them with the funeral costs and other expenses caused by the tragic incident.

The Los Angeles Police Department is currently trying to determine whether the driver was distracted or if other factors caused the incident.

According to the Governors Highway Safety Association, around 6,227 were killed in the U.S. in 2018, which was a 250 increase from the previous year. Pedestrian fatalities have increased tremendously in the U.S. since 2008, at 41 percent, which accounts for 16 percent of all traffic fatalities.

This alarming increase in pedestrian fatalities in the U.S. can be attributed to the rise in technology over recent years. More drivers are now easily distracted by their smartphones and can’t keep their full attention on the road. As a result, they fail to yield any incoming pedestrians in their way.

When facing fatal pedestrian accidents like this, it’s crucial to have an experienced California wrongful death attorney to conduct a private investigation.

It’s vital to have the proper resources when investigating a pedestrian accident case in order to prove the negligence of the guilty party conclusively.

All possible contributing factors, such as road conditions, signage visibility, and road lighting, must be considered and thoroughly examined.

Going through these procedures is essential as it can help the victim’s family to receive the justice that they deserve.

Regardless of whether the pedestrian crossed on a marked crosswalk or not, it is always the driver’s responsibility to yield any incoming pedestrians in his way.

While the official investigation is on-going, the victim’s family is entitled to pursue a wrongful death claim. Through the wrongful death claim, the victim’s family may seek compensation for the damages (such as loss of companionship, pain, and suffering, and emotional distress) that the incident has caused them. Losing a loved one can be overwhelming. With the help of a wrongful death attorney, they can serve as a helpful legal guide for the grieving family while making sure that the guilty party will be held accountable for their actions.