The accident happened at about 5:45 a.m. near state Highway 87 and the Curtner station 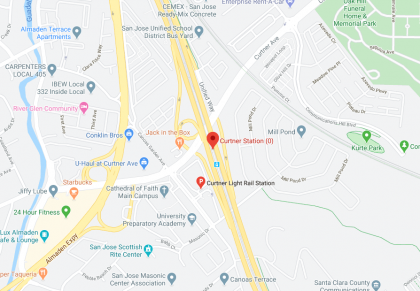 A man identified to be Daniel Spring was killed after being hit by a Santa Clara Transportation Authority light-rail train last February 10 near state Highway 87 and the VTA’s Curtner station in San Jose.

Details surrounding the railway accident have not been released yet but it was revealed that Spring was pronounced dead on the scene after being struck by the train at around 5:45 a.m.

Annually, train accidents have reportedly caused 600 deaths and injured 2,500 people. Train accidents like this one can be attributed to a variety of reasons such as train personnel error, train track failure, a mechanical error or malfunction, a signalman error, and reckless actions. Freight trains weigh especially heavier than a typical train as well, weighing thousands of pounds.

The case is currently being investigated by the authorities and the Santa Clara Valley Transportation Authority. Although an investigation is already being conducted by the authorities, it is important to hire a seasoned lawyer to conduct a private probe as well to ensure that the victim’s rights are protected. Train companies may tend to use their resources to defend the negligence of their drivers. To avoid this, hiring a talented lawyer may help.

Going through a train crash case is often a complicated and lengthy process as there are many factors that come into play. Hiring a professional train accident attorney can help the grieving family go through the process easier as attorneys are capable of hiring expert witnesses, conducting conductor background checks, locating witnesses to the crash and reviewing applicable insurance coverage, they can also serve as a legal guide for the victim’s family.

While the investigation is still ongoing, the family that Spring left behind are entitled to a wrongful death claim where they can seek compensation for the damages (such as loss of companionship, pain, and suffering, and emotional distress) the accident has caused them.