The Insurance Information Institute reports that dog bite injury cases account for 1/3 of all claims made on homeowner’s insurance liability policies. In addition, settlements and jury verdicts from dog bite lawsuits resulted in settlements exceeding $356 million in 2007. In an updated 2019 report, 2018 California had the largest number of claims (2,166) in the U.S., and the highest average cost per claim at $45,543, totaling over $98.6 Million.

However, the cost of a dog bite to a victim could be far worse than a monetary loss- disfigurement, scarring, fractured bones, or even death could result from a dog bite. If you have been injured by a dog and are thinking about getting a dog bite lawyer, it is helpful to know the average settlement for these cases.

Every state follows its own statutes when someone’s dog bites another person. California law Section 3342 outlines the legal processes in a dog bite case. It states that the owner of a dog is liable for damages a person suffers due to a bite from the dog in a public place or a private place that the person was lawfully within. This is the case regardless of the owner’s knowledge of the dog’s violent tendencies.

The “owner” can be anyone in charge of controlling the dog at the time of the attack. There is an exception in which the bitten person could not file a claim – such as when the dog was performing police or military work at the time of the bite.

What is the Average Settlement for Dog Bite Cases? 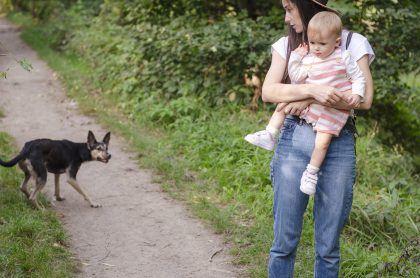 While the appropriate settlement for dog bite cases varies depending on the severity of the attack, the average settlement in 2007 according to the Insurance Information Institute was around $24,500.

This represents an increase from previous years and indicates that the appropriate settlements are on the rise, in part because of rising medical costs. Damages for dog bite cases include monetary compensation for medical bills, lost wages, pain, and suffering, and emotional distress.

If a dog has injured you, the severity of your injuries will affect your settlement as well. For example, in one case where a Santa Rosa woman lost her nose to the bite of a bulldog while she was walking her children to school, the woman and her family were awarded a combined $1 million settlement.

Permanent disfigurement, scarring, and broken bones can all add to the amount of damages you are awarded. It is also important to retain an experienced dog bite lawyer to make sure your rights are protected to the fullest extent of the law.

3342.(a) The owner of any dog is liable for the damages suffered by any person who is bitten by the dog while in a public place or lawfully in a private place, including the property of the owner of the dog, regardless of the former viciousness of the dog or the owner’s knowledge of such viciousness. A person is lawfully upon the private property of such owner within the meaning of this section when he is on such property in the performance of any duty imposed upon him by the laws of this state or by the laws or postal regulations of the United States, or when he is on such property upon the invitation, express or implied, of the owner.

According to Insurance Journal, One factor is the rising costs of medical care. Once your medical bills are tallied up, home insurance companies take those costs and, if the courts decide in favor of the plaintiff, pay you for the total. Sometimes you can receive more than the cost of medical bills for your dog bite case. If you’ve had to miss work and lose wages, that can impact the amount of the settlement. Additionally, emotional distress can also increase the amount of your settlement.

Is It Different if a Support Dog Bites Me?

Emotional support animals are not obligated to have the equivalent level of training as service animals, therefore people can get hurt when a dog or animal becomes aggressive in public. More than ever, Americans are conscious of and supportive of the problems confronting people with disabilities. There are several laws in place meant to protect people with disabilities from discrimination and to assure that their needs are covered. if a dog or other support animal hasn’t been appropriately trained and hurts another person, the owner of the animal should be held liable.

What Do You Need To Prove To Recovery?

Under California law, victims are afforded extensive protection from dog bites. California Civil Code section 3342 imposes strict liability on dog bite owners, which means that you do not need to prove the owner was negligent or that the dog had a history of biting to recover from your damages. All you have to prove is that the dog injured you either in a public place or while you were a guest on the property and you may be able to recover your damages.

When and Where Are Bites Most Common?

The number of reported animal bites varies by geography and season. Historically, dog bites are more common in warmer months. However, in 2009, there did not appear to be any seasonal pattern among reported dog bites, while cat bites were more prevalent in the warmer months. Nonetheless, it is important to remember that animal bites can happen anytime and anywhere and that you should report a bite when it occurs.

What to Do After a Dog Bite Injury

Dog bites are often violent and hectic events, sometimes with more than one dog attacking the victim. If the victim survives the attack, he or she will likely have puncture wounds, scratches, or crush injuries. If the dog’s vaccinations were not up-to-date, the dog bite victim may have to receive a rabies shot or other treatments to avoid infection.

Puncture wounds from dog bites can be very painful and take weeks to heal. The most important thing to do after a dog attack is to seek medical attention. The faster doctors treat these injuries, the better your prognosis may be. 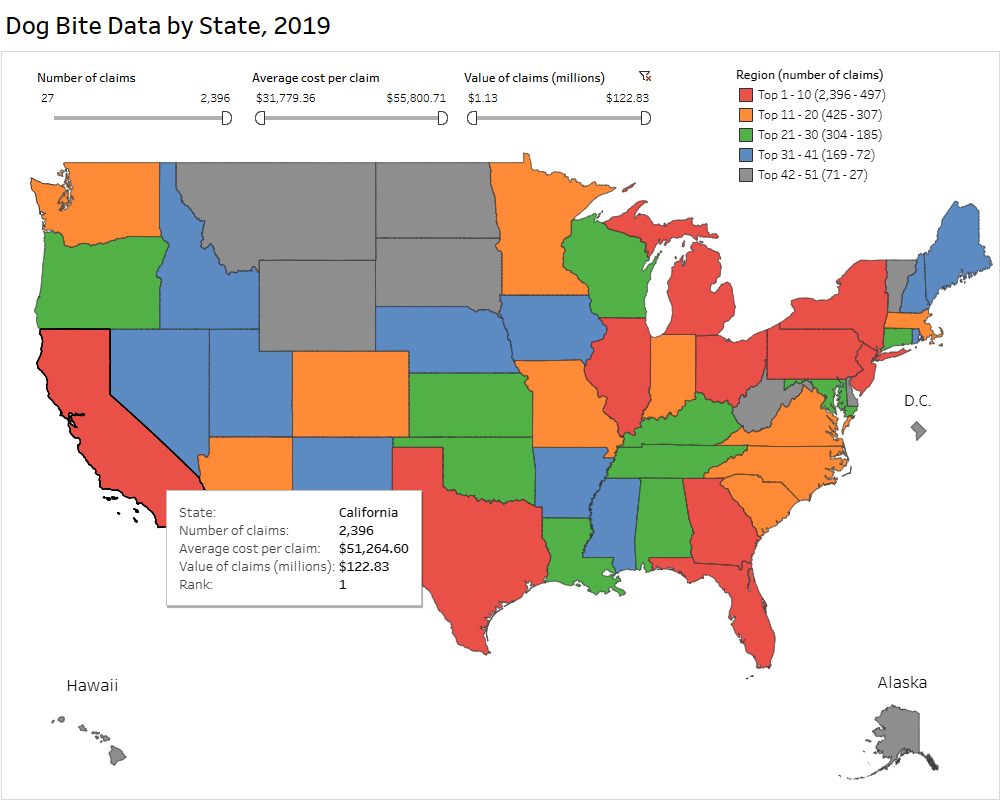 What to do if you are bitten or attacked by a dog:

When you get to a safe place, immediately wash wounds with soap and water. Seek medical attention.

See a healthcare provider if the wound becomes red, painful, warm, or swollen; if you develop a fever; or if the dog that bit you was acting strangely.

When to See a healthcare provider after a dog attack in California:

What Happens When an Animal Bite Is Reported?

Details about the animal bite are collected including: when and where the bite happened, and information about both the victim (i.e., health status) and biting animal (i.e., species, breed, circumstances of the bite, the current location of the animal).

What Are the Most Commonly Reported Bites?

Report the Dog Bite – To Your Local Animal Control, Then a Dog Bite Lawyer

You should speak to a personal injury attorney to get more details about proving your case and about evaluating any settlement offer from a dog owner or insurance company. A skilled California dog bite lawyer can ensure you get the full amount of damages you are entitled to under the law.

Because anyone who is bitten by a dog is at risk of getting rabies, consider contacting your local animal control agency or police department to report the incident, especially:

If possible, contact the owner and ensure the animal has a current rabies vaccination. You will need the rabies vaccine license number, name of the veterinarian who administered the vaccine, and the owner’s name, address, and phone number.

Report Bite to LA County Recover Losses for a Bite

🔍 Can You Sue for a Minor Dog Bite?

🔍 What is the Average Payout for a Dog Bite?