Developments in Traffic Safety to Watch for in 2022

You are here: Home / The Arash Law Blog / Developments in Traffic Safety to Watch for in 2022

Arash law keeps abreast of developing trends in traffic safety for 2022. Thousands of people suffer fatalities during motor vehicle accidents every year in the United States, and millions of people suffer personal injuries in traffic collisions. Many organizations and researchers work tirelessly to reduce the number of motor vehicle accidents in the United States. Traffic models are used to study trends and patterns in the changing behaviors of drivers. These developing trends are discussed below.

The National Highway Traffic Safety Administration produced a report detailing a drop in the number of fatalities during traffic collisions. Fewer people died during motor vehicle accidents in 2019 compared with the figures from 2018. Yet the trend for vehicle fatalities in 2020 is complex. 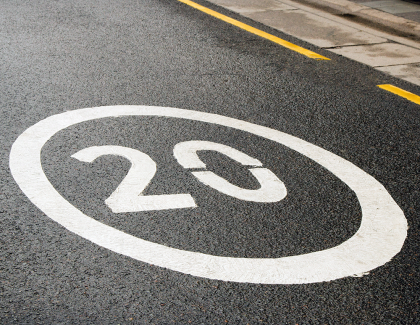 Although the first half of 2020 continued the trend of declining motor vehicle deaths throughout the United States, the total volume of road traffic decreased at a rapid rate due to restrictions put in place to reduce the spread of COVID-19.

The total number of fatalities decreased while the death rate for every 100 million automobile miles increased. The drivers who traveled more while COVID-19 restrictions were in place participated in more dangerous acts such as driving while intoxicated, not wearing safety belts, and driving at excessive rates of speed.

The actual percentage of motor vehicle fatalities in the first six months of the year 2020 was higher than it has been in over a decade. As we move out of the pandemic, these trends will change, but no one knows if traveling on the roads will become more or less dangerous.

The speed reduction program would incorporate various tools to make drivers less likely to speed. These tools include installing pavement markings that cause drivers to reduce their speed. Also, paving roads to be narrower can lead to fewer drivers operating their motor vehicles at high rates of speed.

Speed bumps are also being considered as part of the speed reduction program. Other tools being discussed include automated traffic enforcement, saturation patrols, and radar. Different municipalities have used many techniques to reduce speeding and traffic collisions.

Impounding the Vehicles of Reckless Drivers in New York City

Mayor Bill de Blasio signed New York City’s dangerous-vehicle abatement bill into law in 2020. Drivers who have at least fifteen school speed camera violations or at least five red-light camera infractions during any twelve-month period will be unable to reclaim their impounded vehicles until they complete a driver accountability course run by the Department of Transportation.

However, Mayor Bill de Blasio did not allocate funds for the program in the budget. It is assumed the program will receive funding at some point in the future. New York City officials have incorporated more than twelve hundred speed cameras throughout seven hundred and fifty school zones as part of its traffic safety protocol. Also, the city reduced the speed limits on nine major thoroughfares in New York.

Mothers Against Drunk Driving (MADD) initiated proposed new pieces of legislation that would mandate the National Highway Traffic Safety Administration to pre-install devices that test for the presence of alcohol in the breath or blood. All new automobiles would contain this technology, which would prevent an intoxicated driver from operating their motor vehicle. The installation of technological devices that prevent drunk driving may prevent approximately ten thousand road fatalities every year.

In 2019, the U.S. Congress introduced the HALT Act. The transportation bill authorizes the Department of Transportation to install ignition interlock devices as part of the Motor Vehicle Safety Standards requirements. The HALT Act contains provisions authorizing the installation of ignition interlock devices on approximately fifteen hundred government fleet automobiles before the end of 2022.

The RIDE Act proposes that alcohol detection devices be installed on motor vehicles. This bill is scheduled to be put before the Senate for the second time in 2021. Many traffic safety professionals believe ignition interlock devices and other alcohol detection tools are essential for reducing motor vehicle accidents and fatalities caused by intoxicated drivers.

Many opponents of these bills doubt the efficacy and safety of tools such as ignition interlock devices, one of the most important developing trends in U.S. traffic safety. The attorneys at Arash Law always stay informed of developing traffic safety trends. Call the accident attorneys at Arash Law today to schedule a free consultation during which we can discuss the facts of your case.

The Biden Administration made new appointments to many federal agencies when it assumed power in Washington, D.C. Pete Buttigieg was the mayor of South Bend, Indiana, before running for president in 2020. President Joe Biden chose Pete Buttigieg to be the Transportation Secretary. Buttigieg has experience in local government law and mayoral politics.

Although Buttigieg has not had experience working in a federal agency, he has called for comprehensive transportation bills that prioritize driver safety and roadway maintenance and implement a Vision Zero strategy. This program will provide more funds for the Highway Safety Improvement Program. The transportation program will also contain provisions that will decrease the total traffic fatalities in the United States. Buttigieg also promises to prioritize bicycle safety investments as well as pedestrian safety measures.

Contact Arash Law today if you are seeking legal representation by an aggressive, experienced car accidents lawyer in California. Call the office at (888) 488-1391 to schedule a free consultation during which we can discuss the facts of your case.