Did Car Accidents Decrease During The COVID-19 Pandemic?

You are here: Home / The Arash Law Blog / Did Car Accidents Decrease During The COVID-19 Pandemic?

There is both a yes, and no answer to the question did car accidents decrease during the Covid-19 epidemic. In many areas across the country, there were fewer car accidents. However, the rates at which cars crashed immediately after the pandemic have changed. In July 2021, the number of car crash fatalities was 3,860, decreasing by 4 percent from July 2020. 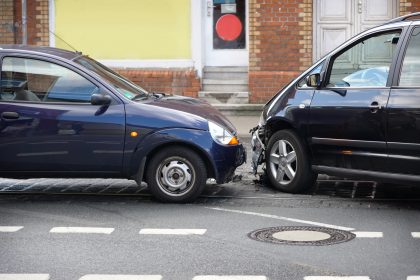 The National Safety Council reports that July 2021 was the first month since February 2021 where there was a decrease in car accidents. Still, the numbers and methodologies of reporting vary across the country. Some crashes and causes are region-specific. There was a lower volume of traffic on American roads in 2020.

A June 2020 survey by McKinsey & Company indicated that 62 percent of Americans that responded traveled less during the pandemic. For Americans on the roads, this factor sometimes led to an increase in the rate of crashes in some cities. Without traffic jams in some metropolitan areas, drivers were more reckless and prone to crashes, with speeding still a leading cause of car accidents.

Overall, while there may have been fewer accidents on America’s roads, it appears that in many areas, there were more reckless drivers. Being involved in a car accident during the pandemic would be an experience more traumatizing than average. With a burdened health care system, and a weakened economy and community, a car crash during the pandemic is an additional burden that will change your life.

At Arash Law, we know how uncertain and complex these times still are. We can represent you and help you get the compensation you deserve when you’ve been in a car accident. Call our California car accident lawyers at Arash Law today at (888) 488-1391 for a free review of your case.

Why Did Traffic Deaths Go Up When America Drove Less?

The city of New York, and Manhattan specifically, are areas frequently examined for these trends. In early 2020 in Manhattan, one trend was a 70.2 percent decrease in traffic or vehicle crossings on bridges and in tunnels in Manhattan Central Business District between February 2020 and April 2020. As the rate of traffic decreased by 84 percent, the speed of traffic increased by 27 percent.

Drivers in New York City on the island of Manhattan drove 93 percent less during April 2020 than they drove in January 2020. However, report after report indicates that fatal crashes were occurring at high rates.

There are several reasons. The first is that the kind of driver is different on average. People that go out and drive during a lockdown are less risk-averse than the average citizen. That factor added in with near-empty streets results in more rates of speeding, which leads to more crashes.

That is not to say that all drivers during the pandemic were less risk-averse and likely to end up in a crash. Essential services stayed open. People still needed to purchase food, supplies, and critical items (sometimes life-saving) and had to drive there to get them. Other data indicate higher rates of drinking and driving and lower rates of seat-belt use as causes of an increase in fatality rates during the pandemic.

Studies and reports that have examined region-specific car crashes and rates indicate that larger cities are seeing higher crash incidents on the roads. Crash rates rose in Massachusetts, and pedestrian deaths due to car crashes rose in both Rhode Island and Nevada, according to the Governor’s Highway Safety Association.

Speeding played a significant role in these rates. In New York City, more than double the number of speeding tickets rose from the month prior. In Utah, Colorado, Nebraska, and Indiana, police also issued more tickets and found many drivers going over 100 miles per hour on the highway. When crashes happen under these circumstances, fatality rates increase. Fatal crash rates in Minnesota doubled.

Traffic Trends Nationwide Are Not Consistent

Traffic trends across the country aren’t consistent. Some areas have seen fewer crashes with fewer drivers. Others have seen an increase. The same report from the Governor’s Highway Safety Association noted that the speed of drivers in larger areas like Los Angeles and New York City rose significantly.

In Los Angeles, speeding rates rose by 30 percent. In New York City, the number of speeding tickets issued on March 27, 2020, was 24,765, which was twice the daily number one month prior, even with fewer cars in traffic. Those tickets were issued by automated speed cameras. At Arash Law, we have seen the dangers of speeding on the roads and what it does to the lives of victims.

Many accidents caused by speeding cause fatalities or personal injury on innocent lives going for a walk or leaving the house for essential services. We know what you need to do to get the compensation you deserve for your personal injury and car accident claims. Contact the California motor vehicle accident attorneys at Arash Law today for a free review of your case.

Pedestrian Accidents Decreased During the Pandemic

During the pandemic, there were fewer pedestrian accidents than there typically were prior to the pandemic, likely the result of lockdowns or stay-at-home orders, leaving more people at home during the pandemic. Still, sidewalks and places to walk in general were safer than they were during the outbreak. Again, New York City was a city where this trend was noticed.

One report indicated that a total of 58 days had passed since the city was home to a pedestrian death by a car accident, the longest amount of time that had happened in New York City since 1983. In areas such as Nevada and Rhode Island, on the other hand, accidents with pedestrians increased.

Car Accident Concerns as America Heads Back to Work

When Americans began heading back to work, the risk of car accidents increased from pandemic levels where there were fewer car crashes. Not only did the risk increase for general drivers on the roads, but also for employers worried about their employees returning to work to drive.

The National Safety Council implemented guidelines for employers to provide employees as they returned to work, under the premise that car accidents are a leading cause of workplace deaths. The NSC says that with the pandemic, greater problems on the roads include more distracted driving, more fatigue, and changes to life schedules that could increase difficulties on the roads.

In a pandemic world, communication and improved protocols are the recommendations for reducing car crashes to and from work and while at work.

In 2021, the world is still changing and struggling with the changes that the pandemic has brought. Unfortunately, one of those changes is a change to trends with car crashes, hand an increase in both speeding and fatalities from car accidents across the country.

Those are wrongful deaths. Those accidents also have considerable amounts of personal injury connected to them in a world where the health care system is already burdened. At Arash Law, we know that there are unique challenges to dealing with car accidents today. You don’t have to deal with these alone. We will fight for you. Call our California car accident attorneys today at (888) 488-1391 for a free review of your case.