Skipping L.A. Traffic in a Helicopter

You are here: Home / The AK Blog / Skipping L.A. Traffic in a Helicopter

‘Not a poor man’s way of transportation’ 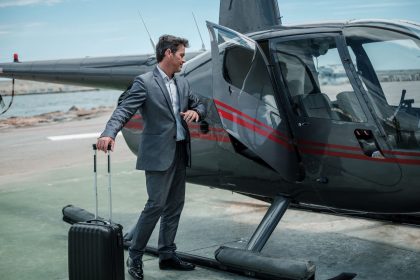 Helicopter travel has become popular throughout California in recent years. From technology executives in Silicon Valley to sports and entertainment figures traveling across Southern California, many wealthy Californians have found that the convenience of avoiding heavy traffic is worth the hefty price tag that comes with chartering a helicopter. Unfortunately, helicopter travel can come with a far more painful cost, and in early 2020, the world got a shocking reminder of just how dangerous helicopter travel could be. Former Lakers star Kobe Bryant was killed in a helicopter crash that also claimed the life of his thirteen-year-old daughter. CNN reports that seven other people aboard were also killed, and there were no survivors of the violent collision in Calabasas.

It remains to be seen if helicopter demand will continue to increase in the months and years following this tragic accident. For many, the risks might be worth the convenience of saving hours of time that would otherwise be wasted in traffic. But increased demand has placed enormous pressure on the pilots who work in this stressful industry.

As the Demand For Helicopters Rises, Pilots Face Increased Pressure

Helicopters that are used as “air taxis” require a certified helicopter pilot. This is a lengthy process that consists of knowledge tests, practical examinations, supervised flight hours, and ongoing medical certifications. The time and money required to obtain (and maintain) a helicopter pilot’s license severely limits the number of persons who successfully do so. In early 2019, Vertical Magazine reported that there would be a shortfall of nearly 8,000 helicopter pilots in the industry through 2036. This would dramatically affect the future of the helicopter industry and the number of private services that could be provided. In the event of a lack of helicopter pilots, private air taxi services would almost certainly be limited in order to allow emergency services (like medical transports or search and rescue operations) to continue.

But the time and money involved in becoming a helicopter pilot are just the first of many hurdles that helicopter pilots must overcome. Once they become licensed and start making flights, the stress of the job is enormous. A pilot must maintain constant focus during every second a helicopter is in the air. He or she is burdened with the knowledge of being responsible for the lives of everyone on board. And in the case of private flights, clients can sometimes place demands on the pilot that are unsafe or unreasonable. 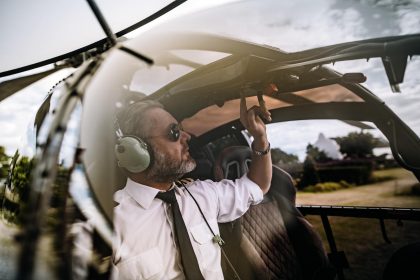 This is not a new problem. President John F. Kennedy’s sister, Kathleen, was killed in a private plane when it crashed after taking off in bad weather. Retro Newser reports that the plane was “battered by raging thunderstorms”. It has also been reported that the pilot did not want to take off knowing the bad weather that was ahead but was encouraged to do so by Kennedy’s traveling companion. The crash killed everyone aboard the aircraft. These circumstances are eerily similar to those surrounding Kobe Bryant’s death. There, too, weather conditions affected the pilot’s ability to avoid a crash, ultimately leading to the deaths of everyone onboard the aircraft. The weather was in fact so foggy that the LAPD had already grounded its helicopters that same morning. It remains to be seen why the pilot pressed on under adverse weather conditions. This is likely to be the most contentious issue in Vanessa Bryant’s negligence lawsuit against the helicopter company. Accuweather reports that the helicopter pilot had a previous FAA violation related to weather conditions, and this, too, is likely to be a major piece of evidence in the lawsuit.

The Rate of Fatal Helicopter Accidents Is Climbing

According to NPR, helicopter travel is more dangerous than general commercial aviation. Many years see a fatality rate of zero in the commercial aviation sector. Helicopter travel, by contrast, had a fatal accident rate of .72 per 100,000 flight hours in 2018. Sadly, this is much better than it used to be. NPR also reports that the rate of fatal helicopter accidents has dropped in half over the past two decades. But these numbers have been less impressive in recent years. The rate of fatal accidents rose in both 2017 and 2018.

So what can you do to help improve safety while you are a passenger in a helicopter? Here are a few things you can do to reduce your risk of being involved in a fatal accident:

Your pilot will almost always have more education, experience and knowledge than you do when it comes to matters of flight. Trust his or her judgment. If the pilot has any concerns about flying, do not add pressure to take off. Whether it is a mechanical issue, adverse weather conditions, or any other questionable circumstance, it could quickly become fatal when you are off the grounds. Never pressure your pilot to take any action that he or she is not comfortable with.

Use Particular Caution When Flying in a Private Helicopter

Private helicopters are known to have a higher rate of fatal accidents than helicopters that are used for police business, news reporting, tourism, or air taxi services. You should be mindful of this effect and be particularly cautious when you are riding in a private helicopter. Do not distract the pilot. Do not encourage the pilot to “make good time” or otherwise rush important safety processes. Let the pilot know that you are concerned about safety and want to encourage any precautions that he or she thinks might be necessary.

Be Safe on the Ground

When you are exiting the helicopter, you should never walk upslope. This can put your head in contact with the rotor system at the top of the aircraft. This is also why you should not carry anything above your head (such as an umbrella) while exiting a helicopter. Be sure to ask any questions you need in order to ensure the safety of everyone in and around the helicopter.

Your Legal Rights After a Helicopter Accident

Every helicopter pilot has a legal obligation to operate their aircraft in a safe manner. Those who fail to do so are negligent, and the victims of this negligence are entitled to compensation for the losses they suffer as the result of a helicopter accident. If the victim’s injuries were fatal, surviving family members have the right to file a wrongful death lawsuit. Indeed, Kobe Bryant’s widow Vanessa filed a wrongful death lawsuit on the very day of his public memorial.

There are many potential defendants in a wrongful death or personal injury lawsuit stemming from a helicopter accident. The pilot can be personally liable for negligence, but the owners of the helicopter can also be held liable for allowing a negligent pilot to operate their aircraft. (This is why your auto insurance must cover damages caused by another person who had permission to drive your car.) A helicopter company that employs a negligent pilot is also liable for his or her negligence. This is a legal principle that applies to all employers: if an employee is negligent while on the job, the employer is vicariously liable for the negligence and must compensate injury victims for damage caused by the negligent employee.

If you have been injured in a helicopter accident, you need the advice of an experienced injury attorney. The best personal injury lawyers in California are right here at Arash Law. Our accident attorneys have over twenty years of experience. We have collected over 200 million dollars for clients in San Francisco, Riverside, San Jose, San Diego, Sacramento, Sherman Oaks and throughout California. Call (888) 488-1391 or contact us online to schedule your free consultation with an experienced California helicopter accident lawyer. Don’t delay: the sooner you have an attorney fighting for you, the better protected your legal rights will be.