You are here: Home / The Arash Law Blog / What is Negligence?

Negligence in Vehicle Accidents: The Basics

Close to the top of a list of states in the United States that have the most severe and fatal car accidents, California is up there. The high populate and numerous roads and highways in the state are a significant cause of California’s high ranking on this list. A high percentage of these accidents can be categorized under the broad category of negligence.

In order to fully understand what it means when someone says a person is negligent in an accident scenario, or understand what it takes for a case of negligence to become severe enough for there to be a lawsuit filed, then you will want to read this article. If you have any legal concerns or questions, please do not hesitate to contact us at Arash Law by calling 888-488-1391 in order to receive a legal consultation for no charge.

The majority of automobile accidents are the reason for a rise in personal injury claims that are in the United States. This should not be that surprising as in 2012 alone 5,615,000 car crashes were reported by police, according to data from NHTSA, or the National Highway Traffic Safety Administration.

What is Considered “Negligent Behavior” for California Motorists?

There are several thousand descriptions of what it can mean to be negligent when driving.

Responsibilities For A Driver Behind the Wheel

The responsibility of any driver that chooses to get behind a wheel is that they need to take actions, reasonable actions, mind you, in order to prevent any injuries from occurring to other drivers or prevent any damages to any property. In the legal sense, for a person to be able to be considered negligent, it is first required that a person had a duty of care. What this means is that a person is found in a position that any reasonable person would be able to expect for them to be able to take actions that are reasonable in order to prevent any accidents from occurring.

It then will need to be shown that the person driving was breaching that duty required of them. What this means is that it must be proved that a person was doing something that broke the laws of the road, such as talking on the phone, or any other activity that is illegal while the person was driving the vehicle. A case can still be considered a negligent case when the driver who is at-fault did not take the steps necessary to prevent the damages or injuries presented in the case, even if they did not intend to bring destruction to property or harm to any person.

A Method in California For Determining Fault and Negligence

There is a common misconception that when a person is involved in an accident involving a vehicle if they are partially at fault that they will not have any recourse available to them legally. In California, this is not the case.

Comparative negligence is used in California, and what this means is that each of the parties that are involved with the accident is responsible for their part of the damages they were responsible for. Take, for example; two parties are involved in a vehicle collision. One driver was 60% at fault; the second driver was found to be 40% at fault. The second driver would be able to file for a personal injury lawsuit against the other driver that was involved. Based on what the total amount was awarded for the accident for damages by a judge or jury, the driver who was 60% at fault would have this amount reduced by 40% by the percentage of fault for that driver.

The Law for Motor Vehicle Accidents in California

The law for negligence more often than not, is what governs the legal claims that come about through motor vehicle accidents. Typically, those that are operating vehicles are required to use what is known as “reasonable care under the circumstances.” When a person does not proceed with reasonable care is acting negligently.

When a person operates a vehicle in a manner that is considered to be negligent, it can be held responsible for paying for whatever damages may have occurred in the accident, whether they were for property or to an individual when their negligent behavior caused it. The plaintiff, which is also known as the injured party, will be required to show proof that the other party, the defendant, was acting negligently, the negligent behavior was the likely cause for the accident, and the accident in question is what caused the injuries to the plaintiff.

Just as it is with any other type of accident that may occur, determining who the person is that is at fault is determining what a person was acting negligently in a traffic accident. For the majority of these types of accidents, you can tell through instinct when a driver, pedestrian, or cyclist has acted carelessly, but you cannot always determine what that person has violated law or laws.

It is an attorney’s job to help to determine who the person was that was at fault for any accident you are involved in, and they will sort through many different sources, for example, witnesses, police reports, and the state traffic laws.

The courts will also look into a variety of different deciding factors in order to determine whether or not the driver involved was acting negligently. Some factors that they may use, but are not limited to, are:

There is an alcohol-related death, on average, every 51 minutes in the United States alone. Just in the past year, there were over a million people that suffered an injury due to an accident that was related to alcohol. When a lawsuit is made for a driving accident that involves alcohol, the driver may not be the only person who is held responsible for the damages or injuries that are caused by accident. The place that the driver who was intoxicated can also be held accountable, for example, a bar, restaurant, or social party host, can also be held liable for the accident due to not stopping the driver. This, however, does not take away the liability of the driver who was intoxicated though.

An attorney is quite aware of how many laws are involved in determining the legal responsibility in a case. It can be a good idea to contact one if you are not sure who should be identified as being held responsible for the injuries you or a loved one may have received due to an accident that was related to a driver under the influence. This can include businesses as well as people whom you may not have thought of being responsible in your case.

When the Drivers Involved Did Not Cause the Car, Truck, Bicycle or Motorcycle Accident

In this instance, the party that is responsible for the injuries sustained in this case would be the supplier or the manufacturer of the automobile due to the defect from the vehicle and falls under a law known as product liability.

Other factors can contribute to accidents as well, such as traffic control signals malfunctioning, and roads that have been maintained poorly.  Other issues that can cause accidents that are serious are: 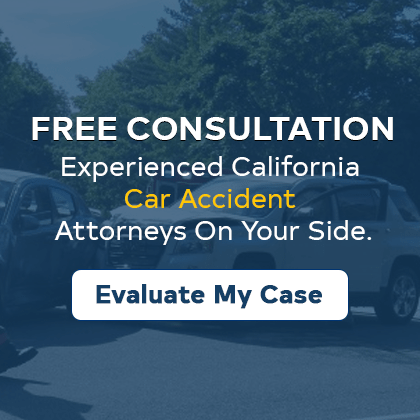 If you or someone you love is suffering due to a car accident, you are sure to have questions that you need to be answered. When you look over a claim with an attorney, you will be able to determine who, if there is anyone, that was negligent in your case, and if that negligence is the cause of your injury.

Don’t delay, as every second count in getting your case won, contact an experienced attorney now to handle your injury case now.

If you have questions regarding negligence, we can help! Have you or someone you love been hurt or had property damaged from a car accident, then you may have a reason to file a personal injury lawsuit. The best way to get the answers you need is to call our office at Arash Law, contact us at (888) 488-1391, our consultations are free, and there is no fee unless we win your case!

Our lawyers have over 30 years of experience in solving and winning cases for our clients, and we can help you with your situation.

The laws for personal injury for California only give victims of an accident an amount of time that is relatively limited to negotiate a car insurance settlement that is fair, so do not waste any time! Let our expert car accident lawyers in Los Angeles help you to ensure you have all the proper requirements you need for your case so that you can receive the top compensation you deserve for your claim.