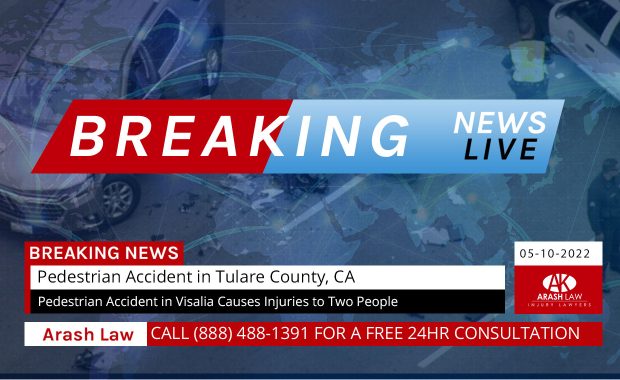 Two people are being treated after police say they were hit by a driver who ran a red light in Visalia on Tuesday, May 10, 2022. The crash occurred around 6:00 p.m. at the intersection of Demaree and Noble. According to police, a car driven by a younger person ran a red light and struck a man 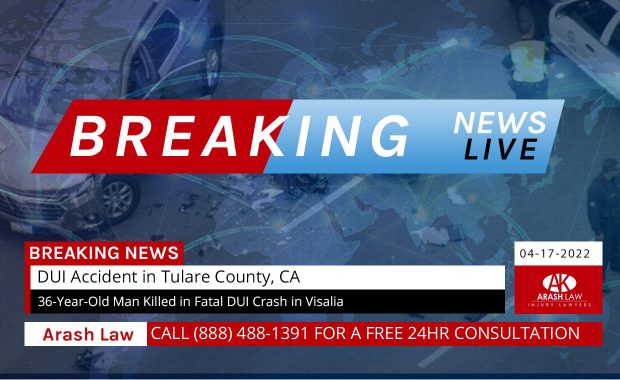 A 36-year-old man was killed in a head-on collision on Highway 99 near Visalia early Sunday, April 17, 2022. The California Highway Patrol received a call around 4:15 a.m. on Highway 99, just south of Betty Dr. The call was reportedly about a wrong-way driver near highways 198 and 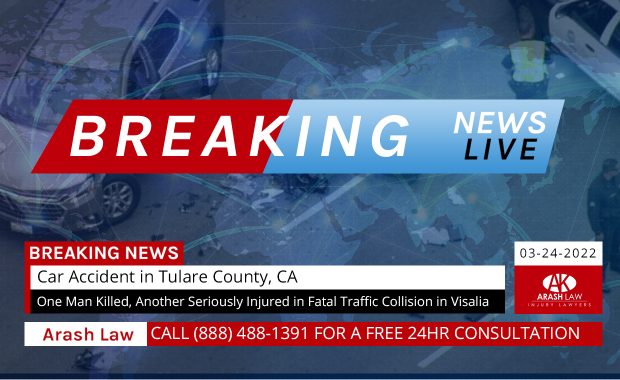 According to authorities, a man died, and another person was critically injured after being hit by an SUV that had been smashed into Thursday night, March 24, 2022. According to officers, the crash occurred at 7:30 p.m. at Mooney Blvd. and Noble Ave. They claimed a pickup truck driver ran a 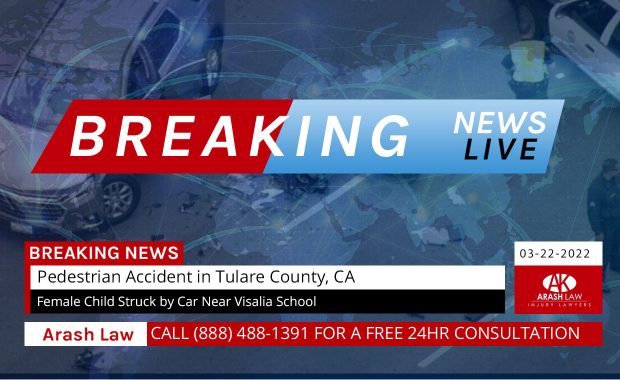 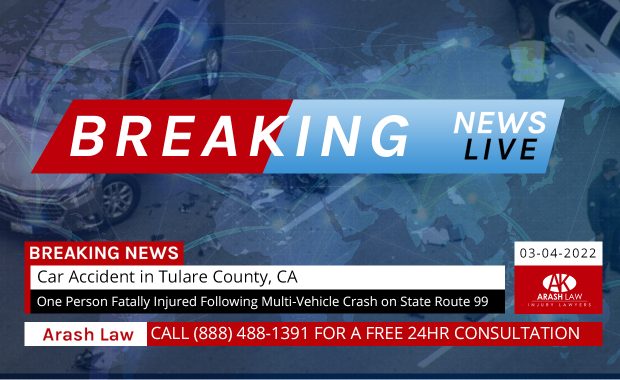 An unidentified driver was killed in a fatal multi-vehicle crash on SR-99 on Friday, March 4, 2022. The fatal crash occurred at approximately 9:50 p.m. on State Route 99, southbound north of Betty Drive. Officers from the California Highway Patrol's Visalia Area Office responded after 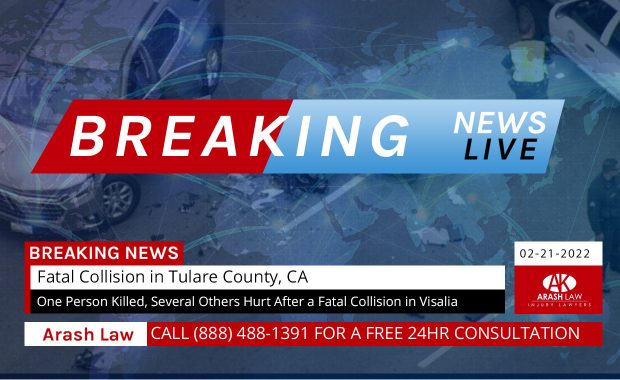 [02-21-2022] Tulare County, CA – One Person Killed, Several Others Hurt After a Fatal Collision in Visalia

One unidentified person was killed, while several injuries were reported after a two-vehicle collision in Visalia on Monday evening, February 21, 2022. The fatal collision happened on Highway 198 and 2nd Avenue in Visalia at approximately 6:45 p.m. A southbound Honda traveled on 2nd Avenue 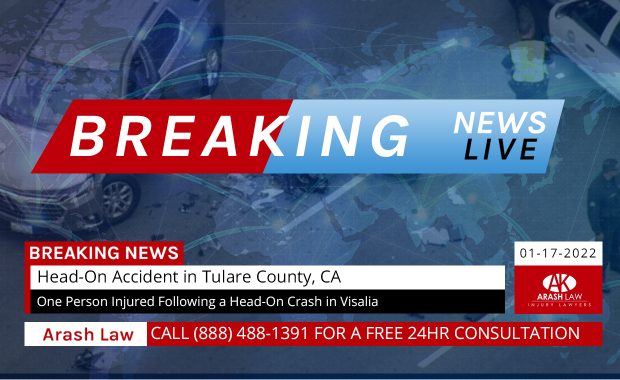 One unidentified person was seriously hurt after a head-on collision in Visalia on Monday morning, January 17, 2022. The accident transpired at approximately 8:34 a.m. on Road 140 at the Tulare County Fire Station No. 1 in Visalia. A white Jeep and a Nissan collided head-on for unclear 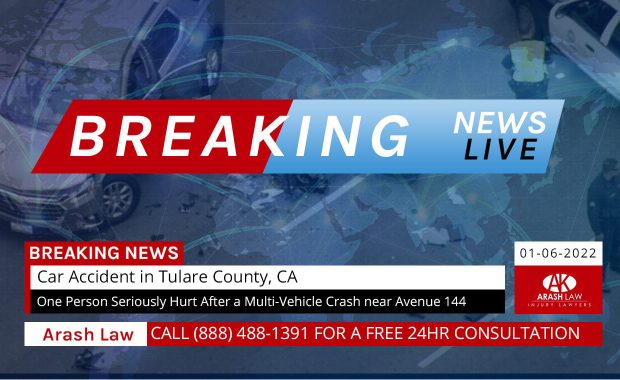 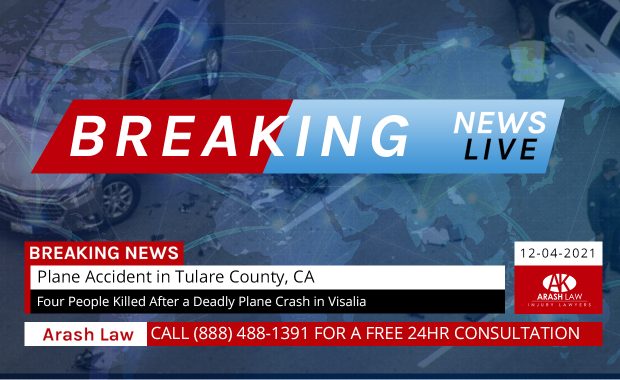 Four people were killed after a fatal plane crash near the Visalia Municipal Airport on Saturday evening, December 4, 2021. According to the initial reports from local authorities, the crash happened around 6:35 p.m. at Road 68 and Avenue 288 in Visalia, A Beechcraft Bonanza aircraft carried 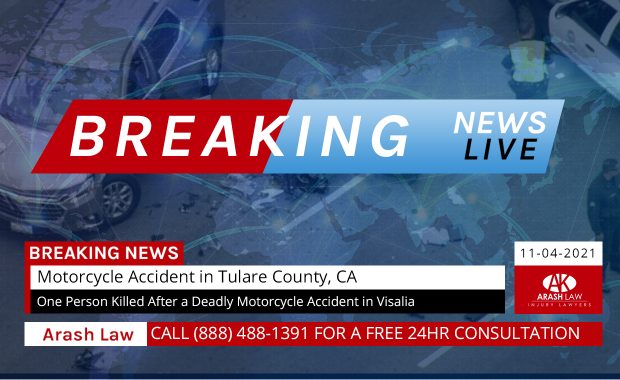 [11-04-2021] Tulare County, CA – One Person Killed After a Deadly Motorcycle Accident in Visalia

An unidentified person was killed after a deadly motorcycle crash in Visalia on Thursday night, November 4, 2021. The crash happened at approximately 8:00 p.m. in the area of Walnut Avenue and Garden Street in Visalia. A 1998 Toyota Forerunner SUV was heading eastbound on Walnut Avenue when it 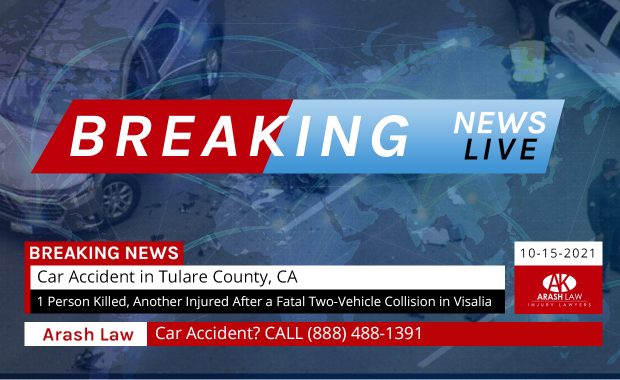 [10-15-2021] Tulare County, CA – One Person Killed, Another Injured After a Fatal Two-Vehicle Collision in Visalia

One person was killed while another person was severely injured after a two-vehicle collision in Visalia on early Friday morning, October 15. The deadly collision happened on State Route 137 at Road 68 in Visalia at approximately 1:50 a.m. A Nissan Pathfinder on Road 68 was approaching the 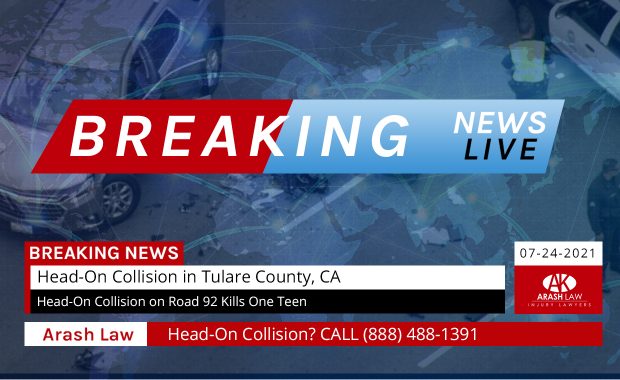 A 19-year-old man was killed after a deadly head-on traffic collision on Road 92 on Saturday night, July 24. According to the initial reports from local authorities, the accident happened at around 10:45 p.m. on Road 92 and Avenue 260. A 21-year-old man identified as Jerry Diaz A. headed northbound 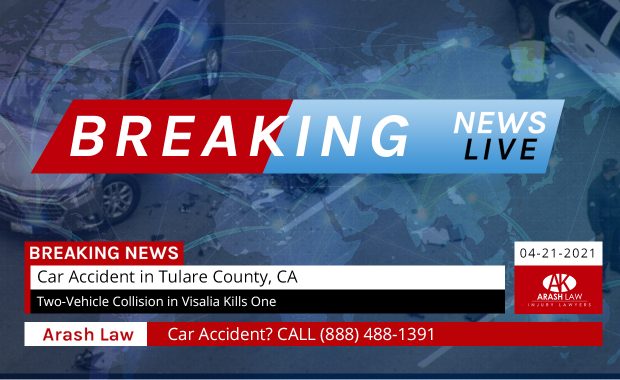 One unidentified person was killed after a fatal two-vehicle traffic collision in Visalia on Wednesday morning, April 21. The deadly collision transpired at approximately 2:30 a.m. at the intersection of Mooney Boulevard and Walnut avenues. A Chevy Colorado pickup and a Honda pilot collided in the 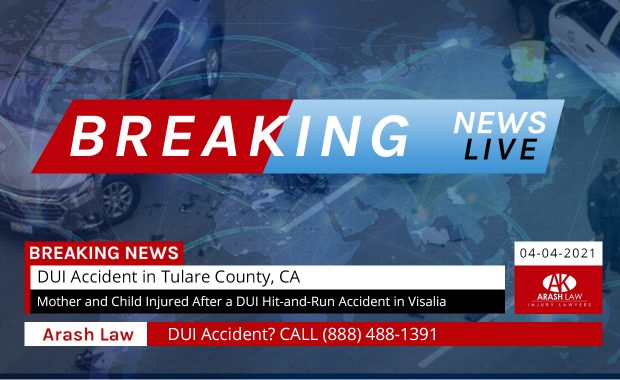 A mother and her one-year-old child were seriously hurt after a hit-and-run driver struck them in Visalia on Sunday evening, April 4. The accident took place on the sidewalk at Walnut Avenue and Linwood Street in Visalia at around 7:30 p.m. The woman was walking on the sidewalk with her 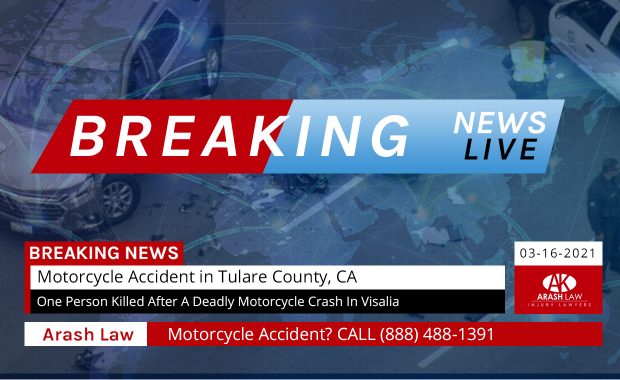 A 47-year-old man identified as Gene Edward B. was killed after a fatal motorcycle collision in Visalia on Tuesday afternoon, March 16. The deadly collision transpired at approximately 4:30 p.m. at Ben Maddox Way and Buena Vista Avenue. An unspecified vehicle reportedly collided with the 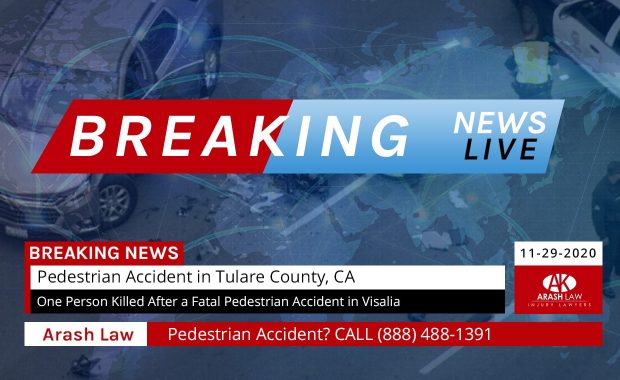 [11-29-2020] Tulare County, CA – One Person Killed After a Fatal Pedestrian Accident in Visalia

A 67-year-old man identified as Enrique Renteria was killed after getting struck by a motorcycle in Visalia on Sunday night, November 29.  According to the initial reports from local authorities, the fatal accident transpired at around 7:30 p.m. in the area of Walnut Avenue and Bardo Street. The 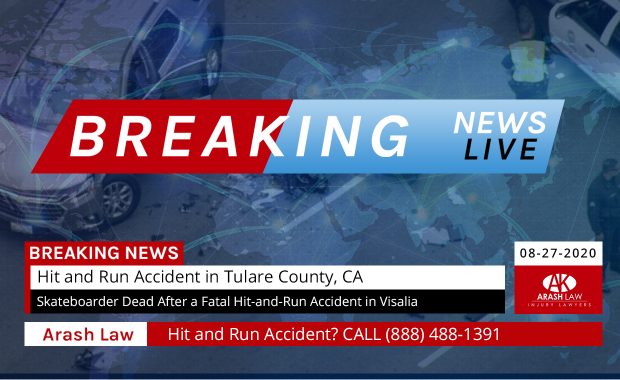 An unidentified skateboarder was killed after getting struck by a hit-and-run driver in Visalia on Thursday evening, August 27. According to the initial reports from local authorities, the fatal accident happened at around 9:00 p.m. How the collision occurred and why it happened is currently 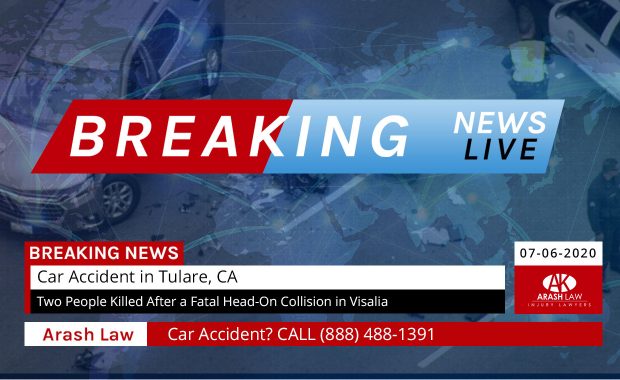 A 72-year-old man identified as Jimmie Sue Cheek and his 77-year-old wife identified as Darrel Cheek was killed in a fatal traffic collision in Visalia on Monday evening, July 6th. According to the initial reports from local authorities, the fatal accident occurred at around 7:15 p.m. A Dodge