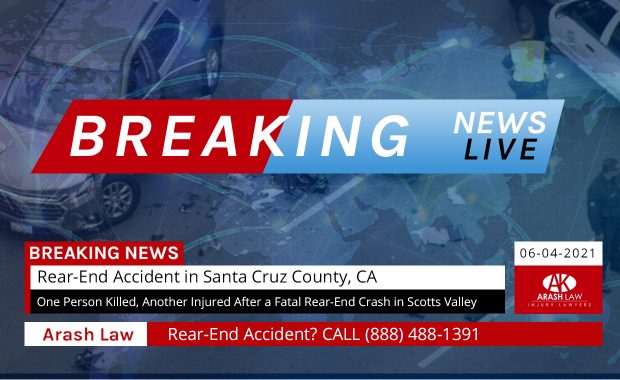 A 28-year-old man was killed while another man was injured after a major rear-end crash in Scotts Valley on Friday night, June 4th. The accident happened along the northbound lanes of Highway 17 near Mount Hermon Road at around 10:00 p.m. A northbound Toyota Tacoma reportedly rear-ended a Toyota